A 1,880-page draft report on the risk particulate matter (PM) imposes on human health may undergo extensive revisions because the EPA’s powerful Clean Air Scientific Advisory Committee (CASAC) has concluded that the methods used by the authors of the report are flawed and that the authors’ estimated impact PM has on mortality is overstated. 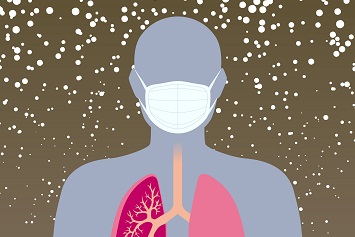 Called the Integrated Science Assessment for Particulate Matter (ISA), the draft report was prepared by the EPA’s National Center for Environmental Assessment (NCEA). In their final form, the ISA and other assessments provide the scientific basis for the EPA’s review of the primary (health-based) and secondary (welfare-based) National Ambient Air Quality Standards (NAAQS). The Clean Air Act (CAA) requires that the Agency review the NAAQS every 5 years to determine if they are protecting human health with an adequate margin of safety and, if that threshold is not met, to revise the NAAQS consistent with the ISA.

The statute also requires review of the ISA by an independent entity. Since the early 1980s, this review has been conducted by the CASAC. In a May 2018 memo, former EPA Administrator Scott Pruitt said the Agency planned to complete revisions to the PM NAAQS by 2020.

Since at least the early 1990s, the EPA has identified fine PM or PM-2.5 (particles with a diameter less than or equal to 2.5 micrometers) as a particularly dangerous air pollutant for vulnerable populations, mainly children, the elderly, and people with compromised respiratory systems. In the PM ISA, which was released in October 2018, the NCEA cited “many recent epidemiologic studies conducted in diverse geographic locations, encompassing different population demographics, and using a variety of exposure assignment techniques, that continue to report consistent positive associations between short- and long-term PM-2.5 exposure and respiratory and cardiovascular effects and mortality.”

“This evidence continues to support the large body of previously published epidemiologic studies reporting positive PM-2.5 associations with respiratory and cardiovascular effects and mortality and in some cases strengthens and extends the evidence base for other health effects,” the NCEA continued.

PM NAAQS May Be ‘Counterproductive’

But in reviewing the ISA, the CASAC continuously faulted both the NCEA’s method of review and its conclusions.

“The CASAC finds that the draft ISA does not provide a comprehensive or systematic assessment of the available science relevant to understanding the health impacts of exposure to fine particulate matter, nor does it follow widely accepted scientific methods for deriving sound, independently verifiable, scientific conclusions from available data,” wrote Louis Anthony Cox, Jr., PhD, the CASAC’s chair.

Cox is an independent consultant and an academic specializing in risk analysis, biomathematics, and health risk modeling. He has also performed work for the oil, chemical, and healthcare sectors. Pruitt appointed Cox to the CASAC in November 2017.

Regarding the causal relationship between PM-2.5 and mortality, the CASAC stated that the NCEA’s view “ignores findings from studies in which neither short-term nor long-term PM-2.5 exposures are found to be associated with total mortality, and in which changes in PM-2.5 are not found to affect changes in total (or cardiovascular) mortality rates.”

In papers and presentations delivered before he became a CASAC member, Cox has called attention to a 2013 study that found that reductions of PM pollution by up to 70 percent in Ireland resulted in no reduction in cardiovascular mortality rates. Reference to that study is made repeatedly in the CASAC review.

Cox has similar reservations about the CAA in general. For example, in a 2011 paper, Cox cites research that “implies that the 1990 Clean Air Act Amendment may well have produced no (or negative) human health benefits, rather than the trillions of dollars[’] worth of reduced mortalities ascribed to it by EPA; and that attempts to achieve further risk-reduction benefits by further reducing PM-2.5 concentrations may be counterproductive”.

In his introductory letter to the CASAC’s review, Cox recommends that the following “fundamental limitations” be remedied in a second ISA draft:

As noted above, the CASAC criticizes the ISA for allegedly relying on studies that have not been or cannot be independently reproduced and verified. EPA officials installed by President Donald Trump have regularly supported this position. Other scientists have argued that there exists a great deal of valuable research that cannot be reproduced, and when it does not consider such research, the EPA produces regulations that do not meet the EPA’s statutory responsibility to protect human health and the environment with an ample margin of safety.