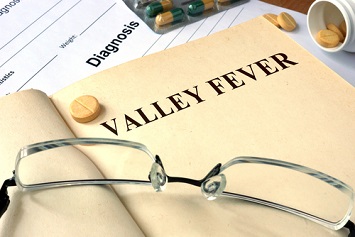 Valley fever—coccidioidomycosis—is a fungal infection endemic to parts of the southwestern United States, including parts of Arizona, California, New Mexico, Texas, and Utah. Valley fever is most often contracted by inhalation of Coccidioides fungal spores, although skin infections have occurred. The fungus can be present in soil 2 to 12 inches below the surface, usually in hot desert areas.

Cal/OSHA was notified in September 2018 that the workers had been hospitalized with cases of valley fever. The workers had been assigned to dig trenches up to 5½ feet deep to gain access to gas pipelines for maintenance. Dust was not controlled, and the workers did not wear any respiratory protection.

Join us at the 2019 Cal/OSHA Summit to learn more! Click above to register today.

While a high concentration of valley fever infections has been reported in California’s Central Valley, the fungus may be present in soil in other parts of the state. The range of endemic areas also has spread within the United States. The Centers for Disease Control and Prevention (CDC) has reported an increase in cases in south central Washington State since 2013.

The fungal spores are microscopic; and there are no commercially available soil-testing methods. The CDC has maps of areas considered endemic for Coccidioides. However, the CDC’s maps are based on skin testing performed in the 1940s and 1950s.

Cal/OSHA is seeking $27,000 in proposed penalties, alleging that Underground Construction failed to:

Cal/OSHA has cited 12 businesses for work-related valley fever since 2017. In 2017, Cal/OSHA cited six employers with over $240,000 in penalties for exposing workers to valley fever infection at a solar project construction site in Cholame Hills, California. One of the employers was cited in 2013 for the same violation.

The Cal/OSHA Summit, which will be held from October 7–9 in Los Angeles, is a leading state-specific event for California employers and safety professionals to get cutting-edge developments on new safety regulations, compliance strategies, and management tactics. Register now.