The California State Assembly has passed a bill requiring California employers to supply respirators to protect their outdoor workers from wildfire smoke. 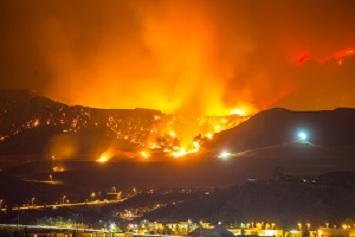 The California Occupational Safety and Health Standards Board would have to adopt a regulation by June 13 under the bill (A.B. 1124), introduced by Assembly member Brian Maienschein (D-San Diego). The bill differs from a proposed emergency regulation working its way through administrative proceedings.

The California Division of Occupational Safety and Health (Cal/OSHA) already is seeking an emergency regulation covering both indoor and outdoor workers that includes engineering and administrative controls in addition to respiratory protection requirements. The bill in the legislature would only mandate respiratory protection.

Bill in Response to 2018 Fires

A.B. 1124 includes an urgency clause and would take effect immediately if passed. The bill’s findings include: 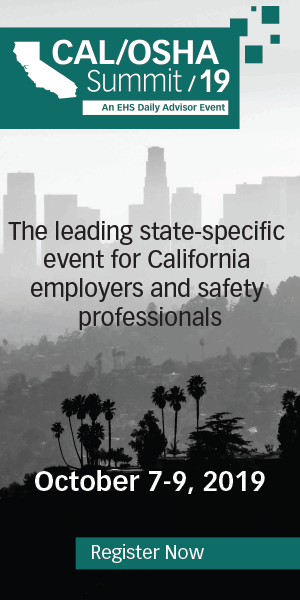 The text of the bill argues that existing regulations do not adequately address the unpredictable nature of wildfire smoke.

The bill would require employers “to make appropriate and effective respirators available” to outdoor workers whenever harmful wildfire smoke could reasonably be expected.

The bill would require local Air Quality Indexes (AQIs) to be used to determine what level of wildfire smoke is harmful.

Cal/OSHA’s proposed emergency regulation would apply when the AQI for PM-2.5—fine inhalable particles, with diameters that are generally 2.5 micrometers and smaller—is greater than 150.

A.B. 1124 would extend the effective period of an emergency regulation from 180 days to a full year. An emergency rule usually becomes effective as soon as the state’s Office of Administrative Law files an approved regulation with the Secretary of State, and it remains effective for 180 days.

The California Labor Federation, California Rural Legal Assistance Foundation, and WorkSafe registered their support for A.B. 1124. They also filed Petition 573 with the state workplace safety and health standards board that led to Cal/OSHA’s proposed emergency regulation.

Labor union supporters of the bill acknowledged Cal/OSHA’s proposal but told assembly members the bill needs “to move forward so that both the emergency rulemaking and subsequent ‘regular’ rulemaking each take precedence at Cal/OSHA, get completed in an efficient and timely manner, and ensure that each standard base any action required of employers on the local Air Quality Index (AQI) model of air monitoring.”

The state Construction Employers’ Association opposed the bill. Employers argued the bill would be seen to require employers to stockpile respirators even if their safety policy is to shut down worksites in the event of wildfires, protecting employees by not exposing them to smoke hazards.

The bill passed the Assembly by 66 ayes, 0 noes, and 14 “no votes recorded.” The bill was read in the Senate and referred to committee.

The Cal/OSHA Summit, which will be held from October 7–9 in Los Angeles, is a leading state-specific event for California employers and safety professionals to get cutting-edge developments on new safety regulations, compliance strategies, and management tactics. Register now.