In a key action under the Federal Insecticide, Fungicide, and Rodenticide Act (FIFRA), the EPA is proposing to approve reregistration of the herbicide glyphosate, the active ingredient in over 750 products, including Roundup®, the world’s most popular herbicide. 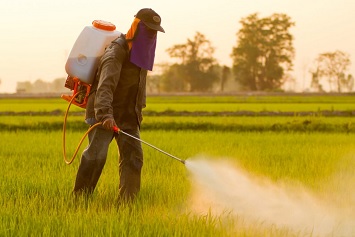 “The EPA thoroughly assessed risks to humans from exposure to glyphosate from all uses and all routes of exposure and did not identify any risks of concern,” the Agency states in the Proposed Interim Registration Review Decision (PID). “Both non-cancer and cancer effects were evaluated for glyphosate and its metabolites, aminomethyl phosphonic acid and N-acetyl glyphosate.”

However, the Agency did identify potential risks glyphosate poses to birds and mammals. Accordingly, the PID includes spray drift management measures that would need to be included on all labels of glyphosate products.

Even with the ecological risks, the EPA has provisionally concluded that the benefits of glyphosate outweigh the drawbacks when glyphosate is used according to label instructions.

Glyphosate was introduced as an herbicide by Monsanto in 1974. In 2018, Bayer AG acquired Monsanto and is now the FIFRA registrant. Glyphosate is currently registered for use in a wide array of both agricultural and nonagricultural settings. Agricultural uses include stone and pome fruits, citrus fruits, berries, nuts, vegetables, legumes, cereal grains, and other field crops. It is also registered for use on glyphosate-resistant (transgenic) crops such as corn, soybean, cotton, canola, sugar beets, and alfalfa. Registered nonagricultural uses include tree injections, residential spot treatments, aquatic areas, forests, rights-of-way, recreational turf, ornamentals, nonfood tree crops, and Conservation Reserve Program land.

The U.S. Geological Survey found that in 2016, approximately 131 million kilograms of glyphosate were applied in the United States, about four times more than atrazine, the second most applied weed killer.

To address the ecological risks, the PID includes label changes to reduce off-target spray drift and establish a baseline level of protection against spray drift that is consistent across all glyphosate products. “Reducing spray drift will reduce the extent of environmental exposure and risk to non-target plants and animals,” states the EPA. “Although the Agency is not making a complete endangered species finding at this time, these label changes are expected to reduce the extent of exposure and may reduce risk to listed species whose range and/or critical habitat co-occur with the use of glyphosate.”

Upon release of the PID, several environmental groups repeated their claims that glyphosate is toxic to people. Some of these assertions are based on research. For example, Beyond Pesticides cited work conducted at Washington State University wherein pregnant rats were exposed to the compound. “Although this study found negligible impacts on the pregnant rats themselves or on their first-generation offspring, dramatic increases in incidence of pathology showed up in the two subsequent generations, including reproductive (prostate and ovarian) and kidney diseases; obesity; and birth anomalies,” states Beyond Pesticides.

The Environmental Working Group (EWG) claimed that a report published in January in Environmental Sciences Europe documented how the EPA ignored a large number of independent, peer-reviewed studies that link glyphosate to cancer in humans. “Instead, the report found, the EPA used research paid for by Monsanto to support the Agency’s position that glyphosate is not carcinogenic,” says the EWG.

“The agency’s scientific findings on human health risk are consistent with the conclusions of science reviews by many other countries and other federal agencies,” states the EPA.