The Occupational Safety and Health Administration (OSHA) released a final rule in the latest phase of its Standards Improvement Project (SIP). The final rule makes changes to many of its construction, general industry, and shipyard safety and health standards, removing or revising duplicative, inconsistent, outdated, or unnecessary regulatory requirements. 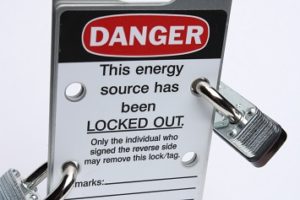 However, OSHA decided not to proceed with some of the changes it originally proposed.

The agency chose not to remove the word “unexpected” from the lockout/tagout standard. The control of hazardous energy standard will continue to cover the “unexpected energization or start up of the machines or equipment.”

OSHA also decided against including three other proposed revisions in the final SIP rule:

OSHA decided these changes would not meet the purposes of the Standards Improvement Project and said it may pursue separate rulemakings.

OSHA had proposed removing the word “unexpected” from the lockout/tagout standard, believing the Occupational Safety and Health Review Commission and federal courts misunderstand the regulation’s purpose.

However, the agency received 155 comments about the proposed lockout/tagout change and all but seven opposed the change.

Some employers felt that removing “unexpected” from the standard broadened its scope. Others commented that the standard should be overhauled because it fails to consider technological advances such as computer-based controls that can protect workers from harm.

OSHA still feels the courts have misconstrued the standard’s meaning but acknowledged the opposition to removing a single word. The agency said it would “further consider this issue in light of the overall standard.”

The final rule clears out confusing, ineffective, or outdated regulations.

OSHA is revising its criteria for recording occupational hearing loss cases to include a cross-reference to the standard for determining whether injuries are work-related.

The revision only refers physicians and health-care professionals to the standard for determining work-relatedness. Other than adding the cross-reference, the language of the rule for recording cases is unchanged. OSHA argued there still must be a documented event or noise exposure on the job to conclude that hearing loss is work-related. 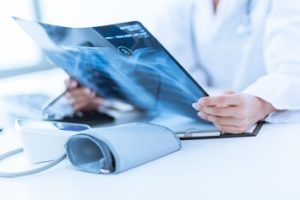 OSHA also is allowing the use of digital radiography (“digital X-rays) and reasonably-sized, standard X-ray films, such as the 16-inch by 17-inch size in addition to the 14-inch by 17-inch film specified in the standards.

The agency decided not to add requirements for low-dose computed tomography (LDCT) because the technology produces too many false positives, leading to misdiagnosis of lung cancer and risky or unnecessary treatment.

Concerned about the potential for identity theft, OSHA is removing requirements in its standards to use workers’ Social Security numbers in exposure monitoring, medical surveillance, and other safety and health records. The revisions do not affect existing records and employers still may use Social Security numbers to identify workers in their records. The agency is not requiring use of any particular identification system.

OSHA is removing the construction industry standard for coke oven emissions. The agency long ago decided the standard did not fit construction work. OSHA issued a standard interpretation letter in 1999 stating it considered the construction standard “invalid.” Twenty years later, it’s been removed.

Other construction industry changes include:

Since 1979, OSHA’s medical services and first aid standard has required construction employers to post a list of telephone numbers for ambulances, hospitals, and physicians. 911 service was new and not widely available when the agency first issued the standard.

Enhanced 911 service on land lines is now available in most locations. Even some mobile carriers can provide emergency operators with callers’ location data. However, not all mobile carriers provide location data in all areas. The agency decided to leave in place the requirement for posting ambulances, hospitals, and physicians phone numbers at worksites where 911 service is not available.

In remote areas where automatic location capability is not available, employers now must post the worksite’s latitude and longitude to provide location information during emergency calls. 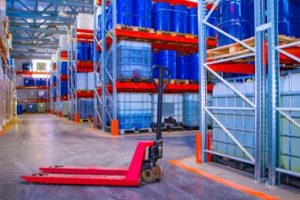 OSHA’s original standard for rollover protection structures incorporated elements of consensus standards developed by the Society of Automotive Engineers (SAE). Those standard have been canceled and replaced with standards from the International Organization for Standardization (ISO).

The agency is removing the test procedures and performance requirements based on the old SAE standards but “grandfathered” in any equipment still in use that was built to conform to the SAE standards.

The ROPS requirements now incorporate the ISO standards by reference.

The changes in the latest SIP rulemaking will ease employers’ regulatory burden while maintaining or enhancing worker protections, according to OSHA. It should result in result in employers’ saving approximately $6.1 million a year, the agency said.

The agency may proceed with separate rulemakings to change the standards for decompression in underground construction, excavation, fit requirements for PPE used in construction, and lockout/tagout. The last one could benefit employers if the agency decides to consider alternatives to lockout/tagout that effectively protect workers from hazardous energy and have been adopted in other countries.