Stating that the benefits of a National Primary Drinking Water Regulation (NPDWR) for perchlorate do not justify the costs of such a regulation, the EPA is nonetheless proposing an NPDWR for the chemical. Under the proposal, the Agency would set the NPDWR at a Maximum Contaminant Level (MCL) of 56 micrograms per liter (µg/L). The associated Maximum Contaminant Level Goal (MCLG) would also be set at 56 µg/L. Public comments are also requested on two alternative regulations—an MCL and MCLG set at 18 µg/L and also at 90 µg/L. 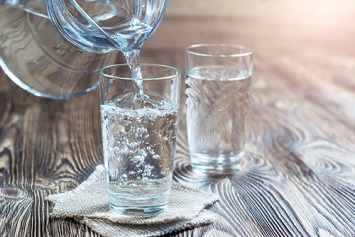 The proposal would fulfill a determination the EPA made in 2011 under the Obama administration that perchlorate should be regulated under the Safe Drinking Water Act (SDWA). However, the Agency is also requesting comment on whether it should withdraw the 2011 determination and thereby decline, at least for the near future, to establish an MCL and MCLG for perchlorate.

Perchlorate is a naturally occurring and manufactured chemical commonly used as an oxidizer in rocket propellants, munitions, fireworks, airbag initiators for vehicles, matches, and signal flares. Of the domestically produced (high-grade) perchlorate, 90 percent is manufactured for use in the defense and aerospace industries, primarily in the form of ammonium perchlorate. Types of military and defense-related facilities with known releases include missile ranges and missile and rocket manufacturing facilities. However, the EPA has noted that since site-specific documentation may not be available and based on historical uncertainties, it is generally difficult to identify specific military sites with known perchlorate releases. Perchlorate occurs naturally in some fertilizers.

The thyroid gland is the primary target of perchlorate toxicity in humans. Thyroid hormones play an important role in regulating metabolism and are critical for normal growth and development in fetuses, infants, and young children. Perchlorate can interfere with iodide uptake into the thyroid gland at high enough exposures, disrupting the functions of the thyroid and potentially leading to a reduction in the production of thyroid hormones.

In January 2008, the EPA published an interim health advisory for perchlorate of 15 µg/L. At that time, the Agency stated that exposure to this level for more than 30 days but less than a year is not expected to cause adverse noncancer effects. Health advisories serve as informal guidance to assist managers of water systems; they are not legally enforceable standards. Also, two states have established their own drinking water limits for perchlorate. In 2006, Massachusetts promulgated a drinking water standard for perchlorate of 2 µg/L. California followed in 2007 with a drinking water standard of 6 µg/L.

In its 2011 determination, the EPA found that perchlorate met the SDWA’s three criteria for regulating a contaminant:

Perchlorate can be removed from drinking water with several “advanced” technologies, says the EPA, including regenerable and single-pass ion exchange, reverse osmosis, and fixed- and fluidized-bed biological treatment.

The proposed rule would affect 58,325 PWSs serving 10,000 or fewer people. To meet the proposed requirements, all of these small systems would need to conduct perchlorate monitoring. According to the Agency, at the proposed MCL of 56 µg/L, the UCMR monitoring data indicate that no small PWSs would be required to incur costs to reduce the levels of perchlorate in drinking water; therefore, under the proposal, all small PWSs will incur monitoring costs only. In addition, the EPA estimates that no small PWSs will experience an impact of 1 percent or greater of average annual revenues under the monitoring requirement.