In March 2019, the EPA used its authority under Section 6(a) of the Toxic Substances Control Act (TSCA) to issue a final rule prohibiting the manufacture (including import), processing, and distribution in commerce of methylene chloride for consumer paint and coating removal (stripping). The action carried out part of a proposal the Agency published in 2017 under the Obama administration. That proposal also sought to prohibit the manufacture, processing, and distribution of methylene chloride for most types of commercial stripping. However, in the final rule, the EPA has left out the commercial prohibition. Instead, in a simultaneously released advance notice of proposed rulemaking (ANPRM), the Agency is requesting public comment on a possible regulation to continue to allow the use of methylene chloride for commercial stripping provided certain training, certification, and limited-access requirements are met. 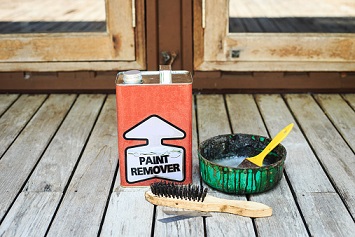 It is too early to tell if the ANPRM will lead to another final rule. However, several factors appear to favor such an action, including the Agency’s experience with other rules requiring training and certification when toxic substances are used for commercial purposes.

In 2015, about 90% of the 264 million pounds of methylene chloride produced domestically or imported were used in nonstripping applications, such as the manufacture of adhesives and chemical processing. The remaining 10% was used for stripping with generally superior results. “When used as directed, [methylene chloride paint strippers] are the best products for efficient and effective paint removal,” states the Halogenated Solvents Industry Alliance (HSIA).

Despite the potential lethality of methylene chloride, many stripping businesses are highly dependent on products that contain it. While less toxic alternatives are available, they are not as effective and fast-working as methylene chloride and they may require changes in equipment, training, and application, all of which add to costs. HSIA also points out that substitutes tend to be flammable, posing a risk to workers, while methylene chloride is nonflammable. These and related arguments persuaded the EPA not to act on a commercial prohibition and to consider the alternative regulatory approach.

In its 2017 proposal, the EPA discussed the idea of not prohibiting commercial stripping using methylene chloride and instead establishing a regulatory program similar to the Agency’s current Lead Renovation, Repair, and Painting Rule, which requires that commercial firms that disturb lead-based paint in certain facilities built before 1978 have their firm certified by the EPA (or an EPA-authorized state or tribe), use certified renovators who are trained by EPA-approved training providers, and follow lead-safe work practices. In the ANPRM, the EPA cites other regulations that also have training, certification, and limited-access requirements. These include programs affecting restricted-use pesticides under the Federal Insecticide, Fungicide, and Rodenticide Act; refrigerants under the Clean Air Act; and asbestos inspection and response actions under TSCA.

In the ANPRM, the Agency says it acknowledges that more restrictive regulatory approaches may be appropriate for some conditions of use of methylene chloride for which the EPA determines unreasonable risk is present. However, instead of a full restriction, other uses may be more appropriately regulated with the following provisions:

The ANPRM is not a formal proposal, and it contains no proposed regulatory language. The document does include many questions about potential training, certification, and limited access provisions for which the EPA is soliciting comment.