In 2013, the EPA promulgated a final rule that removed solvent-contaminated wipes that are either cleaned and reused or disposed of from regulation under the Resource Conservation and Recovery Act (RCRA). The exclusions come with conditions, meaning the generators of these wipes must conduct certain actions to qualify. One such condition described here is that wipes being shipped for cleaning and disposal have no free liquids. 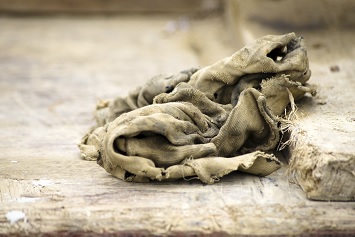 In the 2013 rule, the EPA estimated that 576 large-quantity generators and 89,973 small-quantity generators managed their shop wipes as hazardous waste. Since the inception of the federal hazardous waste regulations in 1980, these entities and their representatives argued that the risk to human health and the environment posed by solvent-contaminated wipes did not warrant the same level of regulation to which facilities that generate thousands of pounds of hazardous waste per month are subject.

The EPA seemed to agree and in 1994 published a policy that shifted responsibility for hazardous waste determinations for solvent-contaminated wipes to the states. The policy proved problematic because it created many disparate approaches across the country. Accordingly, in 2003, the EPA issued a national proposal to exclude reusable wipes from the definition of solid waste and exclude disposable wipes from the definition of hazardous waste. That proposal prompted negative feedback for being insufficiently protective. One concern was application of the exclusion to trichloroethylene, a chemical that endangers public health even when placed in a lined landfill. In 2012, the Agency conducted a new risk analysis of the proposed exclusion. Based on that analysis, the exclusions in the final rule do not apply to wipes contaminated with trichloroethylene.

Also, in 2003, the EPA recognized the danger posed by free liquids and proposed that no exclusion would be available if free liquids are in a container used to transport solvent-contaminated wipes. Free liquids are those that “readily separate from the solid portion of a waste under ambient temperature and pressure” (40 CFR 260.10). The Agency also proposed an easy method to make a free-liquids determination. The generator simply had to hold the wipes for a short period of time, for example, during transfer from one container to another. If the wipes dripped or if there were free liquids in the bottom of the container, they would not meet the no-free-liquids condition. Free liquids in a container with solvent-contaminated wipes delivered to a landfill, an industrial laundry, or a combustion facility would be subject to all RCRA hazardous waste regulations.

Interestingly, at the time of the proposal, the majority of states regulating solvent-contaminated wipes under the 1994 policy required the use of the Paint Filter Test (SW–846 Method 9095B), a more rigorous test to determine the presence of free liquids. In the 2003 proposal, the Agency briefly mentioned the use of Method 9095B but, without explanation, declined to include it in the proposed regulatory exclusion. Commenters on the proposal said the drip-test method the EPA was advocating and hand-wringing to remove free liquids, which the Agency was also considering as a requirement, were too subjective. The EPA agreed, stating in the final rule that use of Method 9095B by the majority of the states provided a good basis to incorporate the standardized procedure into the federal regulations, along with existing use of the method in the federal Municipal Solid Waste Landfill regulations (40 CFR 258.28). Accordingly, the test was incorporated into the regulatory exclusions.

“The test is simple and inexpensive to perform and typically produces clear results,” wrote the Agency. “It includes placing a predetermined amount of material in a paint filter and if any portion of the material passes through and drops from the filter within five minutes, the material is deemed to contain free liquids.”
The EPA added that generators do not need to conduct this test for every solvent-contaminated wipe. “Rather, generators must ensure that if the Paint Filter Liquids Test was performed, the solvent-contaminated wipe would pass,” wrote the Agency.

Under the rule, generators may use any of a range of methods to remove solvent from the wipe, such as centrifuging, mechanical-wringing, screen-bottom drums, microwave technology, and vacuum extractors. Also, generators must document how they are meeting the no-free-liquids condition. The documentation should include a description of any technologies, methods, sampling, or knowledge that the generator is using to ensure that solvent-contaminated wipes sent to a laundry or dry cleaner for cleaning contain no free liquids. This documentation must be updated only if the generator changes its process for meeting the no-free-liquids condition.