A panel of the U.S. Court of Appeals for the D.C. Circuit rejected challenges the Sierra Club mounted against procedures the EPA uses to approve plans states develop to monitor compliance with the National Ambient Air Quality Standards (NAAQS). 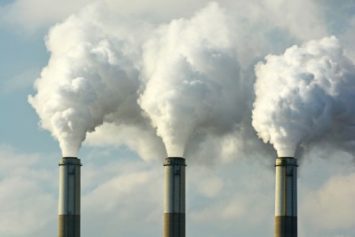 The case centered on the Agency’s March 2016 rule, Revisions to Ambient Monitoring Quality Assurance and Other Requirements. The rule effected a host of revisions to the federal monitoring regulations, but the Sierra Club’s complaint was directed at these three:

The Sierra Club argued that in finalizing these revisions, the EPA either veered illegally from the mandatory rulemaking process or authorized insufficient protection of human health. The D.C. Circuit’s panel disagreed that the Agency’s rulemaking violated the approval process set up in the Clean Air Act (CAA) and also found that the Sierra Club lacked standing to justify its claim of substantial probability of injury because of the revisions.

The CAA requires that states develop state implementation plans (SIPs) that document how they will comply with the NAAQS. The EPA reviews and either approves or disapproves submitted SIPs. To measure the results of SIPs, EPA regulations also require that states implement annual plans that document the establishment and maintenance of networks of state and local air monitoring stations. States also submit the monitoring plans to the EPA for approval. The panel notes that the Sierra Club’s “foremost argument” is that the Agency must review submitted monitoring plans in the same manner that it reviews SIPs submitted by the states and that the Agency failed to do so.

In a 2006 rule, the EPA promulgated what the panel describes as a “non-SIP path” for reviewing and approving annual monitoring network plans. In that action, the Agency stated that EPA regional administrators are not required to provide separate opportunity to comment on certain state-submitted monitoring plans. The CAA requires that petitions to review a rule be filed within 60 days of publication in the Federal Register. The Sierra Club did not timely challenge the 2006 rule but still contended that the procedures included in the 2016 rule should have been open to public comment.

The panel responded that the 2016 rule simply continued the approach contained in the 2006 rule—that is, that annual monitoring network plans were not components of SIPs. This point was made clear in the Agency’s 2014 proposal for the 2016 rule.

“The proposal gave no indication that EPA intended to address the relationship between annual monitoring network plans and SIPs, or the requirements applicable to SIPs,” said the court. “In proposing and adopting these tweaks, EPA never purported to close the gap in review procedures between the two types of plans. Rather, it maintained (with slight edits) the non-SIP approach it adopted, at the latest, in 2006. Accordingly, if Sierra Club disagreed with EPA’s disjuncture between monitoring plans and SIPs, it should have raised its objection at the conclusion of the 2006 rulemaking, ‘within sixty days of EPA’s first use of the [non-SIP-style] approach.’”

The Sierra Club also pointed to the preamble to the 2016 rule, wherein the Agency said in a short statement that it does not treat annual monitoring plans as integral parts of SIPs. The petitioner argued that this indicated that the Agency was willing to reconsider the separation of monitoring plans and SIPs. But the court said this was nothing more than a courtesy reply to the Sierra Club’s comment on the 2014 proposal and did not signify the EPA’s willingness to open the issue for reconsideration.

The 2016 rule permitted the EPA’s regional administrators to give case-by-case approval to reduce the minimum required sampling frequency of monitoring for fine particulate matter (PM-2.5) from once every 3 days to once every 6 days. According to the Agency, this change responded to situations in which it is highly unlikely that a monitor would record a violation because it was in an area where the PM-2.5 concentrations were very low relative to the NAAQS.

The Sierra Club argued that the revision created the risk that high concentrations of PM-2.5 would go undetected. To establish the standing necessary to justify this complaint, the petitioner identified three monitors eligible for a reduction in sampling: one in Texas and two in Oregon.

The panel looked at the data from the three monitors and found that no monitor had recorded a violation of the 24-hour PM-2.5 NAAQS “or even came particularly close to doing so.” Furthermore, said the panel, the Sierra Club identified no reason to believe that an abrupt reversal in PM-2.5 fortunes near these sites is likely or impending. Accordingly, the panel concluded that the Sierra Club did not have standing, particularly because there was insufficient evidence that one of its members faced the realistic possibility of suffering injury because of a change in monitoring frequency.

In comments on the EPA’s 2014 proposal, Earthjustice (Sierra Club’s counsel) and the American Lung Association objected to the Agency’s proposed loosening of monitoring requirements applicable to the PSD regulations. The petitioners identified four specific ways in which the rule would make the PSD quality assurance requirements weaker than those for the NAAQS and argued that those requirements should not differ from NAAQS monitoring.

The EPA conceded that it had overlooked this comment and stated in the preamble to the final rule that it had received only favorable comments on this part of the proposal. Accordingly, the petitioners argued that the Agency has violated its responsibility to respond to significant comments before finalizing a regulation.

The panel responded that the Agency did not need to expressly acknowledge the comment as long as it plainly addressed the factors the comment said must be considered. And this, the panel continued, the Agency did:

“Take Sierra Club’s first example—waiving implementation of the National Performance Evaluation Program (NPEP),” the panel stated. “EPA in fact addressed the substance of Earthjustice’s NAAQS requirements-must-meet-PSD-requirements concern in this context, saying that NPEP requirements could not be waived ‘if a PSD reviewing authority intended to use PSD data for any official comparison to the NAAQS beyond’ some limited PSD uses. And it explained, in detail, why PSD monitoring otherwise needed more ‘flexibility.’ For instance, because PSD monitoring is shorter term (usually a year or less), it may, EPA elaborated, ‘be more difficult’ to arrange the specialized equipment, personnel, and relationships that would be needed to implement the NPEP. This explanation makes it evident that [EPA] did consider the relevant factors.”

“The same is true for each of the remaining changes to which Earthjustice objected,” the panel added.

The D.C. Circuit’s opinion is here.