Is it possible to overemphasize the importance of safety conversations between frontline supervisors and the workers who report to them? Perhaps it would be if such conversations were a common occurrence. But according to one source cited by OSHA, these exchanges are remarkably rare. 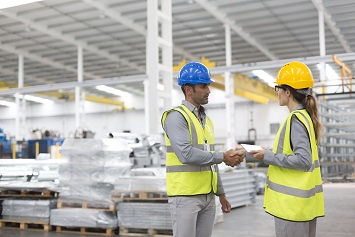 In its pamphlet Better Safety Conversations, OSHA cites data developed by Patterson, Grenny, McMillan, and Switzerfor their book Crucial Conversations, Skills for Talking When the Stakes Are High.

“The authors of Crucial Conversations and their colleagues conducted a survey of 1,500 workers in 22 organizations, which found that 93 percent of employees say their workgroup is currently at risk from a safety issue that is not being discussed,” says OSHA. “Almost half knew of an injury that happened because someone didn’t speak up. These are incidents waiting to happen. Encouraging people to speak up when they see something going wrong can help avoid incidents, injuries, and fatalities. ‘If you see something, say something’ is a saying we have all learned when travelling, and it also applies to safety.”

The greatest obstacle to productive safety conversations is employee fear that raising concerns will result in retaliation. All supervisors, even the friendliest, need to state up front that no employee will get into trouble for raising safety concerns. A useful next step is to pose a nonthreatening question. One good question suggested in OSHA’s pamphlet, which can help get an employee talking, focuses on the employee’s knowledge: “If you could address one safety concern—say, by buying equipment, changing a work process, or changing a work rule—what would it be?”

To build empathy, it is also essential that the employee believe he or she is being heard correctly. OSHA says supervisors can do this by building active listening techniques. For example: 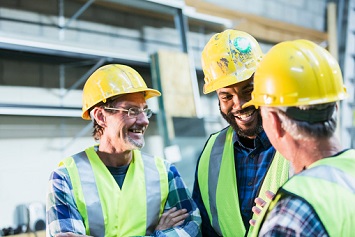 The Power of Stories

Another effective conversation tool is storytelling. Telling a short, compelling story describing a real event is a good way supervisors can show that they have experience with the consequences of on-the-job injuries and are committed to preventing them. OSHA recommends that the story be short—just a few sentences delivered in 15 to 20 seconds. For example: “I knew a worker who was injured doing that on the job. After a few surgeries and three months of recovery, he managed to come back to work. Unfortunately, he was never the same. The trauma of the event impacted his confidence and he just couldn’t do things he did before.”

Furthermore, supervisors should not wait until stories come to them; they should actively find them. “Collect stories, and know about incidents that have occurred in your workplace, your company, and your industry,” says OSHA. “Do your research about injuries, illnesses, and fatalities that have occurred to workers in your industry or do the same work that you do. Follow the news so you can use a current event in your area. Stories that are fresh and close to you have more power.”

These are just a few of the many pieces of advice in OSHA’s pamphlet. The message for supervisors is clear—communication skills will promote open and regular safety conversations with employees. For supervisors who feel they need improvement in this area, OSHA’s pamphlet is a good place to start.