The Trump administration has issued three final rules that together may constitute the most sweeping revisions yet made to regulations implementing the Endangered Species Act (ESA). The revisions specifically clarify procedures and criteria used to add species to or remove them from the lists of endangered and threatened species and to designate species’ critical habitats; remove the prior default extension of most of the prohibitions for activities involving endangered species to threatened species; and clarify, interpret, and implement portions of the ESA concerning the interagency cooperation procedures. 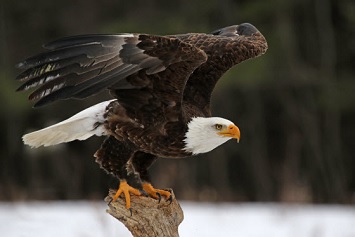 According to David Bernhardt, secretary of the U.S. Department of the Interior (DOI), the revisions will increase the transparency, effectiveness, and efficiency of ESA implementation and help to convey the 45-year-old statute into the 21st century.

The purpose of the ESA is to protect and recover imperiled species and the ecosystems upon which they depend. The Act is administered by the DOI’s U.S. Fish and Wildlife Service (Service) and the Commerce Department’s National Marine Fisheries Service (NMFS). The Service has primary responsibility for terrestrial and freshwater organisms, while the responsibilities of the NMFS are mainly marine wildlife.

Under the ESA, species may be listed as either endangered or threatened. Endangered means a species is in danger of extinction throughout all or a significant portion of its range. Threatened means a species is likely to become endangered within the foreseeable future. All species of plants and animals, except pest insects, are eligible for listing as endangered or threatened. For the purposes of the ESA, Congress defined “species” to include subspecies, varieties and, for vertebrates, distinct population segments.

The first rule, Revision of the Regulations for Listing Species and Designating Critical Habitat, revises regulations implementing the listing process in ESA Section 4. The revision states that when designating critical habitat, the secretary must first evaluate areas occupied by the species. Unoccupied areas will only be considered essential where a critical habitat designation that is limited only to the occupied geographical areas would be inadequate to ensure conservation of the species

The rule also defines the key term foreseeable future to mean “only so far into the future as the Services can reasonably determine that both the future threats and the species’ responses to those threats are likely.” This change has been interpreted to give the government considerable latitude in how it assesses the impact of climate change on listed species.

The second rule, Revision of the Regulations for Prohibitions to Threatened Wildlife and Plants, revises regulations implementing ESA Section 4(d), also called the “blanket rule.” This rule has automatically given threatened species the same protections as endangered species, unless otherwise specified. The revisions, which have been promulgated separately by the Service, note that the NMFS has never employed a blanket rule. Rather, for each species listed as threatened, the NMFS promulgates the appropriate regulations to put in place prohibitions, protections, or restrictions tailored specifically to that species. The Service’s rule establishes a regulatory approach for threatened species similar to the approach that the NMFS has taken. The change impacts only future threatened species’ listings or reclassifications from endangered to threatened status and does not apply to species already listed as threatened.

The third rule, Revision of Regulations for Interagency Cooperation, provides alternative mechanisms intended to improve the efficiency of ESA consultations conducted by the Service and federal agencies. The revisions include a process for expedited consultation in which a federal agency and the Service may enter into upon mutual agreement. A 60-day limit is included for completion of informal consultations with the option to extend the consultation to no more than 120 days.

The DOI accompanied release of the rules (available here) with a long list of supportive statements from members of Congress that give some indication of why the revisions were made. Some commenters claim that activists have used the ESA and the courts to block land development and agricultural growth, which distorts the original purpose of the Act.

“As the only currently-serving Member of Congress who voted for the original Endangered Species Act of 1973, I can say with great confidence that the courts have turned it into a bureaucratic nightmare that could not have been anticipated,” said Rep. Don Young (R-AK). “With these new rules, the Department of the Interior is helping to reign in the ESA and bring it closer to its Congressional intent.”

The changes were almost universally opposed by environmental groups that seemed particularly concerned about how climate change will be considered.

“The new rules will prohibit designation of critical habitat for species threatened by climate change, even though, in many cases, these species are also threatened by habitat destruction and other factors,” stated the Center for Biological Diversity. “The rollbacks will also preclude designation of critical habitat for areas where species need to move to avoid climate impacts.”