If a federal agency proposes a regulation and then subsequently declines to promulgate that regulation, is the second action arbitrary and capricious because it is not a “logical outgrowth” of the proposal, that is, because the option not to regulate is not sufficiently discussed in the proposal? 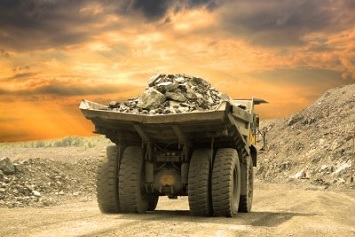 Not at all, answers a panel of the U.S. Court of Appeals for the D.C. Circuit. The panel’s rejection of this argument was included in the opinion in a case involving the EPA’s decision (final action) not to impose financial responsibility requirements on the hard-rock mining industry after proposing to do so.

The intent of a financial responsibility requirement is to ensure that a facility has enough funds to clean up contaminated sites for which it is responsible as required by the Comprehensive Environmental Response, Compensation, and Liability Act (CERCLA or Superfund). The panel referred to a 2005 ruling in which the D.C. Circuit stated that one logical outgrowth of a proposal is a decision to refrain from taking the proposed action. The panel also cited a ruling in which the Supreme Court said it did not understand why a decision to withdraw a proposal was “not reasonably foreseeable.”

The “logical outgrowth” argument against the EPA’s February 2018 final action to forego a financial responsibility requirement was 1 of about 10 arguments six environmental groups raised in a petition intended to persuade the D.C. Circuit to review and vacate the final action. The panel disagreed with all the plaintiffs’ other arguments as well and denied the petition.

CERCLA mandates that the EPA require that certain classes of facilities establish and maintain evidence of financial responsibility by obtaining insurance, surety bonds, or letters of credit. The financial responsibility requirements must be “consistent with the degree and duration of risk associated with the production, transportation, treatment, storage, or disposal of hazardous substances.” Moreover, “[t]he level of financial responsibility shall be initially established, and, when necessary, adjusted to protect against the level of risk the [EPA] in [its] discretion believes is appropriate based on the payment experience of Superfund, commercial insurers, court settlements and judgments, and voluntary claims satisfaction.”

After years of not implementing CERCLA’s financial responsibility requirement, the EPA settled with environmental groups and agreed to initiate rulemaking. The proposal was greeted with significant opposition, including negative comments from the U.S. Bureau of Land Management, the U.S. Forest Service, state agencies, and industry. Generally, these stakeholders contended that the hard-rock mining proposal emerged out of legacy contamination that was consistent neither with modern mining practices nor with state regulatory programs that reduced the risk that the EPA would need to resort to Superfund to finance response actions at currently active mine sites.

In addition to the “logical outgrowth” contention, plaintiffs’ arguments against the EPA’s final action and the responses by the D.C. Circuit panel include the following:

Plaintiffs: The EPA improperly interpreted the word “risk” in the relevant CERCLA provision to mean that it only needed to consider the risk to U.S. taxpayers (by using Superfund) and did not need to account for risks to human health and the environment. All parties and the panel agreed that “risk” is not clearly defined in the relevant CERCLA provision. The plaintiffs contended that “risk” is clearly defined in other parts of CERCLA to encompass human health and the environment.

D.C. Circuit: The EPA countered that Congress used only financial terms in key language discussing risk in the relevant CERCLA provision (Section 9608(b)). “Thus, the general rule that terms carry the same meaning throughout a statutory provision may not be applicable to Section 9608(b), making the meaning of ‘risk’ in the general mandate and amount clauses ambiguous,” said the panel. “We believe the EPA’s interpretation is reasonable.”

Plaintiffs: Section 9608(b) states that the EPA “shall” promulgate financial responsibility requirements; therefore, the Agency has no choice but to promulgate the requirement for the hard-rock mining sector.

Plaintiffs: The EPA arbitrarily and capriciously ignored certain financial risks and supported its final action with a faulty economic analysis. For example, according to the court, the plaintiffs contended that the Agency focused “myopically” on the payment experience of Superfund and paid little or no attention to the financial experience of commercial insurers, court settlements and judgments, and voluntary claims satisfaction” as required by Section 9608(b)(2).

D.C. Circuit: The environmental groups misread the record and the EPA’s analysis. “The EPA credited some commenters’ concern that commercial insurers would be unwilling to provide financial responsibility instruments for the amounts proposed in the forms specified,” said the court. “Moreover, the EPA expressly considered payments made pursuant to settlements and voluntary response actions. It ultimately decided not to issue financial responsibility requirements for the hardrock mining industry in large part because many ongoing cleanup sites are ‘being paid for by private parties and through existing financial assurance requirements.’ The EPA’s analysis of the record demonstrates that it considered all of the financial factors enumerated in Section’s 9608(b)(2)’s amount clause.”

Plaintiffs: The EPA failed to account for the cost of natural resource damage resulting from hazardous substance spills at mining sites.

D.C. Circuit: In the final action, the EPA discussed the role of natural resource damages in setting financial responsibility requirements. “[The Agency] reasonably concluded that ‘modern regulation of both process discharges and runoff, as well as reclamation requirements to control sources of contamination, significantly address’ hardrock mining’s ‘impacts to natural resources,’” said the court.

Plaintiffs: The EPA failed to consider that hard-rock mining has a higher rate of bankruptcy than most industries and, therefore, poses a higher risk that abandoned hazardous waste sites will require long-term remediation efforts.