Hurricanes present an extraordinary range of hazards for workers during and after they strike populated areas and critical infrastructures. 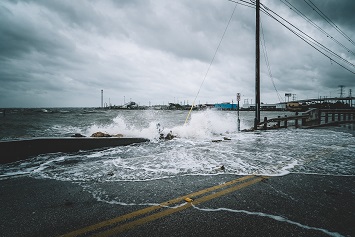 OSHA states that following Hurricanes Katrina, Rita, and Wilma in 2005, agency staff in Louisiana, Mississippi, Alabama, Florida, and Texas assisted emergency responders, search and rescue personnel, power restoration crews, and other response and recovery workers. As part of this work, OSHA’s staff collected data about working conditions and the safety and health of workers.

Also, during its work, OSHA investigated 18 work-related deaths. There was no dominant single cause for the fatalities; the tragedies occurred when workers were struck by falling objects, fell from roofs, were struck by vehicles, were crushed by vehicles that rolled over, were electrocuted, died from burns during electrical utility work, and were overcome by toxic gases, among others. 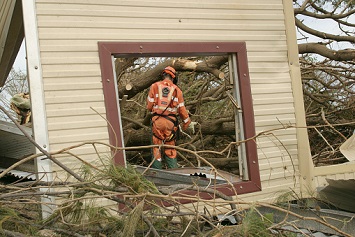 Work zone safety concerns—found at approximately 40% of sites. Many entries involved tree trimming or electrical line repair on or near roads. OSHA specialists often noted inadequate cones and other barriers at a work zone, improper use or lack of traffic control signs (e.g., directional arrows, flaggers with stop/slow signs), workers standing in areas where they were exposed to oncoming traffic, and absence of American National Standards Institute (ANSI)-approved high-visibility safety apparel such as vests and gloves.

“Employers need to ensure that workers establish work zones and traffic controls where multiple pieces of heavy equipment, vehicles, and workers are in close proximity,” states OSHA. “Work zones must be well marked with barriers, cones, signs, and flaggers to provide plenty of warning and appropriate direction to approaching vehicles.”

Improper use or lack of personal protective equipment (PPE)—found at approximately 35% of sites. Roughly 65% of the PPE entries reference a lack of face and head protection or the improper use of PPE. Entries indicated that individuals were not using goggles, hard hats, or face shields when those types of PPE were necessary. Other types of PPE commonly mentioned include hand protection (e.g., use of reinforced gloves during the handling of debris or insulating gloves when working around electrical lines), hearing protection, and body protection (e.g., chaps to protect the worker’s legs when operating a chain saw or ANSI-approved high-visibility vests in high traffic areas). Approximately 15% of all entries discussed fall protection use while operating aerial lifts.

“Employers should ensure that the JHA for each response and recovery task identifies the PPE needed for worker protection,” states OSHA. “Employers must provide properly fitting PPE to workers, train them how to use it, and ensure they use it when performing the task.”

Fall hazard/inadequate fall protection—identified at approximately 35% of sites. Common examples included using ladders that were not properly secured or did not extend 3 ft above the landing; structures such as towers used in debris removal sites or scaffolds that did not have adequate guardrails; and individuals not properly protected from falls when on roofs, handling debris on trucks, or using aerial lifts to trim trees or repair utilities. Entries frequently mentioned lack of or improper use of fall protection equipment (i.e., harnesses, lanyards, connectors, and suitable anchorage points).

“Employers must identify potential fall hazards associated with a task and ensure that these hazards are addressed through controls such as guardrails, a safety monitoring system that includes monitors and warning lines, and/or fall protection equipment,” says OSHA.

Struck by another object—identified at approximately 20% of sites. Hazards mentioned included materials falling from roofs or falling while being moved by heavy equipment, such as dump trucks, cranes, or grapplers.

“Employers need to ensure that appropriate precautions are taken such as securing equipment on elevated surfaces, using spotters around heavy equipment, and precluding workers from entering debris-handling zones,” states OSHA. “Employers must train workers to recognize and avoid these hazards and wear hard hats where overhead hazards exist.”

“Employers need to ensure that workers comply with the requirements of 29 CFR 1926.453, including the use of a properly anchored harness for fall protection,” said OSHA. 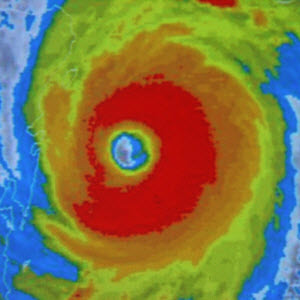 During its interventions, OSHA also collected data on worker exposure to noise and air contaminants. Briefly, the data show the following: