Nearly one-fifth of nonsmokers were exposed to secondhand smoke at work, the Centers for Disease Control and Prevention (CDC) said in a recently published study. The CDC reported that 19.9% of nonsmokers had some exposure on the job, and 10.1% had frequent exposures. 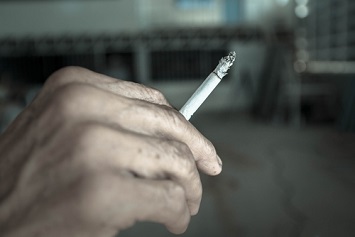 Workers in states with stricter smoke-free workplace laws had the lowest exposures. The number of states with the strictest workplace smoking bans—including indoor worksites, restaurants, and bars—went from zero to 27 from 2000 to 2015.

However, 8.6% of workers in those states that prohibit smoking in indoor worksites, restaurants, and bars were exposed to secondhand smoke. These exposures suggest that some smoke-free workplace laws may not cover all workplaces.

Smoking and secondhand smoke exposure vary widely among industries and occupations. The CDC study found that:

CDC researchers found that 34.3% of construction workers, 30.4% of those in mining, and 30.2% of workers in transportation industries use some form of tobacco.

Secondhand smoke exposure is one of the top workplace hazards for occupational cancers among nonsmokers, the CDC said.

NIOSH suggests that employers, at a minimum, take the following actions:

Sample sizes from some industries were too small, and data for those industry groups were excluded from the CDC’s analysis. The study only accounted for statewide smoke-free workplace laws and may have overlooked local jurisdictions with stricter workplace smoking ordinances.

The report appeared in the CDC’s July 12, 2019, “Morbidity and Mortality Weekly Report (MMWR).”