Proponents of energy infrastructure projects such as natural gas pipelines and electricity transmission lines that require federal licenses or permits welcomed an EPA proposal to amend regulations to implement the state certification process authorized by Section 401 of the Clean Water Act (CWA) for these projects. 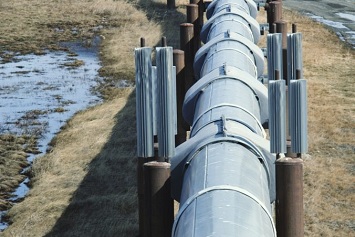 The proposal originated in an April 2019 Executive Order (EO) 13868 (Promoting Energy Infrastructure and Economic Growth) in which President Donald Trump gave the EPA 120 days to propose rules to promote private investment in the nation’s energy infrastructure through efficient permitting and increased regulatory certainty. The specific objectives of the proposal are to condense the timeline for the certification process and limit the scope of factors states may consider when providing federal agencies with certifications for projects that affect state waters.

“Our proposal is intended to help ensure that states adhere to the statutory language and intent of [the] Clean Water Act,” said EPA Administrator Andrew Wheeler. “When implemented, this proposal will streamline the process for constructing new energy infrastructure projects that are good for American families, American workers, and the American economy.”

Compliance with the CWA

Certifying entities have exercised their Section 401 authority for dredge-and-fill activities in waters of the United States that require Section 404 permits from the Army Corps of Engineers (Corps), for Section 402 industrial and municipal point source discharge permits issued by the EPA, for permits issued under Sections 9 and 10 of the Rivers and Harbors Act by the Corps or U.S. Coast Guard, and for projects requiring licenses from the Federal Energy Regulatory Commission (FERC) and Nuclear Regulatory Commission.

In its economic analysis of the proposed rule, the EPA reviewed the impact of a state’s denial of project certification. The Agency states:

“[D]enials can delay proposed projects, which may increase total costs above the original cost estimates. Second, a denial may cause the project proponent to forgo the project after having invested funds and staff time into project development, environmental assessment, and mitigation planning. In addition to direct impacts on project proponents, recent section 401 certification denials on large infrastructure projects, such as natural gas pipelines and export terminals, highlighted the potential for section 401 certification denials to have broader economic impacts. While data to quantify these effects are limited, studies have noted that recurring section 401 certification denials of FERC-approved natural gas pipelines affect transportation of natural gas and could jeopardize the reliability of gas-fired electric generators.”

In the proposal, the EPA notes that Section 401 envisions a robust state and tribal role in the federal licensing or permitting process. However, the section also “places limitations on how that role may be implemented to maintain an efficient process, consistent with the overall cooperative federalism construct established by the CWA.”

Under the proposal, the EPA would:

The EPA says that it engaged in formal consultation with state, local, and tribal partners, as well as other federal agencies, to develop the proposed rule. Under the EO, the EPA is scheduled issue a final rule by May 2020.