Supervisors who bully the employees under their supervision pose a safety risk, a new study concluded. There was a clear relationship between abusive behavior among managers and supervisors and worsened safety behavior and poor safety outcomes among workers, a Portland State University (PSU) researcher found. 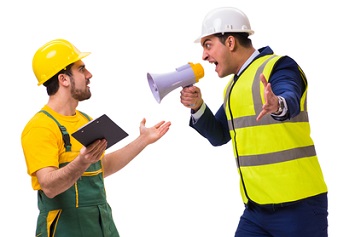 Bullying bosses not only pose a threat to employees’ morale and their sense of well-being but also are bad for workplace safety.

The higher social status of airline pilots reinforced their safety behavior, the researchers concluded. Abusive supervision had less of an impact on safety outcomes where employees had higher social standing.

Supervisors’ behaviors can either support or undermine employees’ status among their coworkers, strengthening or weakening employees’ sense of belonging, Yang said in a PSU statement.

Yang suggested that poor treatment from the boss can make employees feel they aren’t valued in the work group, which can:

“When people are less sure about their strengths and weaknesses and their status within a group, they become more sensitive,” Yang said.

Companies need to curb frontline supervisors’ bad behavior, which has negative safety consequences for customers and employees, the study concluded. To create positive team dynamics in the workplace, it’s critical for employers to manage leaders’ behavior and support employees who may feel victimized, Yang and her coauthors said in their report.