Effective 60 days after its publication in the Federal Register, the EPA/Army Corps of Engineers’ (EPA/Corps) final rule repealing the Obama administration’s 2015 Clean Water Rule formally concludes Step 1, the first of two steps to ensure that the states exercise majority control over their water resources. The final rule removes the complex definition of Waters of the United States (WOTUS) the Obama administration promulgated in its signature Clean Water Act (CWA) action. It also “restore[s] the regulatory text that existed prior to the 2015 Rule.” 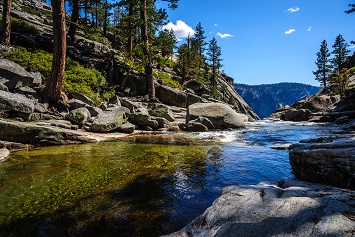 The restored regulatory language is brief and not clear about which waters are jurisdictional under the CWA. The EPA/Corps say they recognize this, noting that “the pre-existing regulations pose certain implementation challenges.” However, the agencies add that they “have amassed significant experience operating under those pre-existing regulations” and that this “longstanding regulatory framework is more familiar to and better-understood by the states, tribes, local governments, [and] regulated entities.”

Overall, the EPA/Corps believe that restoring the preexisting language is “preferable to continuing with the 2015 rule.” That unenthusiastic endorsement of the older regulations is clearly intended to pave the way and emphasize the need for the new definition and regulatory framework the agencies are now working on. EPA Administrator Andrew Wheeler says he expects the new federal definition of WOTUS, or Step 2, to be issued this winter.

One intent of the 2015 rule was to correct the “uncertainty, confusion, and inconsistencies” that existed under the prior regime. At that time, the agencies said the new WOTUS definition was needed because CWA permitting authorities had to regularly make case-specific decisions when the regulations did not clearly indicate if a water was jurisdictional. This state of affairs was not helped by several U.S. Supreme Court opinions that appeared to shorten the reach of the executive branch when it came to interpreting WOTUS. But, according to the previous administration, these decisions were narrow and did not tackle the larger issue of a comprehensive WOTUS definition, resulting in continued, inconsistent implementation of the CWA. The agencies were forced to issue guidance documents that became critical tools in helping its own regional offices, the states, and its stakeholders in interpreting the CWA; the implementing regulations; and the Supreme Court decisions.

The EPA/Corps now argue that the 2015 rule strayed fatally from the interpretations the Supreme Court provided in its rulings. Perhaps most importantly, the new rule states that the previous administration relied on an “overly expansive” understanding of significant nexus, a test Justice Anthony Kennedy introduced in Rapanos v. United States (2006) to clarify whether adjacent wetlands and tributaries affected the chemical, physical, or biological integrity of jurisdictional navigable waters and therefore must also be jurisdictional. In the 2015 rule, the EPA/Corps employed the term “similarly situated waters in the region,” which the agencies now state may have given the federal government jurisdiction over “the vast majority of water features in the United States.”

“The agencies now find that the 2015 rule’s interpretation of the phrase ‘similarly situated lands in the region’ contravened the limiting principles inherent in Justice Kennedy’s articulation of the significant nexus test,” the EPA/Corps state.

The repeal rule is a building block in the regulatory strategy to ensure that the states exercise authority over their water resources, as Congress envisioned they should in the CWA.

“Congress provided a major role for the States in implementing the CWA, balancing the traditional power of States to regulate land and water resources within their borders with the need for a national water quality regulation,” the EPA/Corps say. “Congress added that ‘[e]xcept as expressly provided in this Act, nothing in this Act shall … be construed as impairing or in any manner affecting any right or jurisdiction of the States with respect to the waters (including boundary waters) of such States.’”

“The 2015 Rule pressed the outer bounds of Congress’ Commerce Clause authority and encroached on traditional State rights without a clear statement from Congress,” the agencies write in the new rule.

Summarizing, the EPA/Corp offer four primary reasons for the repeal:

At this stage, the effect of the repeal is difficult to ascertain. In developing the 2015 rule, the EPA estimated that the action ensured federal protection of 60% of the nation’s waterways and wetlands whether or not water is present year-round in those bodies. The lower courts enjoined implementation of the 2015 rule in 28 states. It remains to be seen how the remaining 22 states will exercise their authority over their water resources now that the EPA has acted to protect that authority from federal interference.