An occupational and environmental medical group urged members of Congress to keep workplace safety implications in mind when considering marijuana legalization. Congress should proceed cautiously and make public and worker safety its primary concern before legalizing marijuana, the American College of Occupational and Environmental Medicine (ACOEM) said in a statement. Several states already have enacted laws allowing medical or recreational marijuana use, and several bills to decriminalize, reclassify, or legalize marijuana also have been introduced in Congress. The ACOEM laid out its position in a two-page policy statement, “Legalization of Marijuana—Implications for Workplace Safety.” 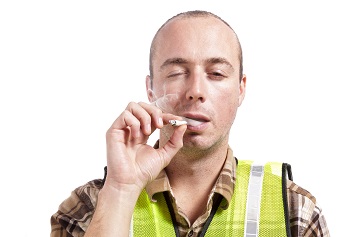 The current patchwork of federal and state laws is detrimental to employees, employers, and the public, the ACOEM argued. At the federal level, marijuana is illegal to cultivate, distribute, possess, sell, or use. There are medical marijuana statutes in 34 states and the District of Columbia (D.C.). Ten states and D.C. so far also have approved it for recreational use, and Illinois becomes the 11th state to allow recreational use beginning next year.

Regardless of its legal status, marijuana interferes with safety performance in the workplace, the group said.

“This is particularly concerning for those individuals working in safety-sensitive positions where impairment can affect the health and safety of other workers, customers, the general public, or others.”

The ACOEM called for members of Congress considering marijuana legalization to include several steps in their efforts, including:

The group called for establishing a set time between marijuana use and the performance of safety-sensitive work until the science of impairment is better understood.

The group argued gaps in current knowledge about the effects of marijuana should raise concerns. The ACOEM’s concerns include:

The ACOEM also suggested criteria for classifying positions as safety-sensitive. Recommended criteria would cover positions where impairment could: