In its denial of a petition from New York State, the EPA continues to disagree with downwind states that argue that sources in upwind states should be forced to eliminate air pollution the downwind states allege contribute significantly to their inability to meet the National Ambient Air Quality Standards (NAAQS) for ozone. 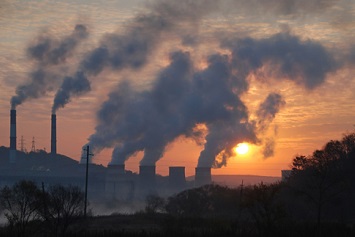 In its petition, New York presented data that, according to the state, showed that the upwind pollution was a significant factor in nonattainment and/or maintenance difficulties in Chautauqua County and the New York Metropolitan Area (NYMA).

But, according to the Agency, New York did not meet its statutory burden to demonstrate that approximately 350 electric power plant sources in nine states identified in the petition emit or would emit in violation of the Clean Air Act’s (CAA) Good Neighbor Provision (Section 110) for the 2008 or 2015 ozone NAAQS.

The Good Neighbor Provision requires that each state’s state implementation plan (SIP) contain provisions prohibiting any source or other type of emissions activity within the state from emitting any air pollutant in amounts that will contribute significantly to nonattainment in, or interfere with maintenance by, any other state with respect to a NAAQS. Consistent with these provisions, the burden on a state filing a petition pursuant to CAA Section 126 is to demonstrate that any major stationary source or group of stationary sources emits or would emit an air pollutant that leads to difficulty attaining or maintaining a NAAQS.

New York’s petition cited several sources to support its claim. First, the states alleged that the EPA’s 2017 contribution modeling conducted in support of the EPA’s Cross-State Air Pollution Rule (CSAPR) Update shows that the nine states contribute 1 percent or more of the 2008 8-hour ozone NAAQS to ozone concentrations in New York. (The EPA uses a 1 percent threshold to determine a significant contribution.) Second, the petition describes a study that allegedly found that air transported into Chautauqua County on the worst air quality days results in maximum daily ozone concentrations that, on average, are within 2 parts per billion (ppb) of the 2015 ozone NAAQS and often exceed the 70-ppb ozone NAAQS.

In considering a Section 126 petition, the EPA uses a four-step interstate transport framework. According to the Agency, the petition failed to meet the requirements of Steps 1 and 3.

“The EPA cannot conclude that any source or group of sources in any of the named states will significantly contribute to nonattainment or interfere with maintenance in Chautauqua County or the NYMA relative to the 2008 and 2015 ozone NAAQS,” the Agency says.

New York is one of several Northeastern states to submit Good Neighbor petitions to the EPA. The Agency also denied petitions from Connecticut, Delaware, and Maryland regarding various sources in five upwind states. The EPA’s denial of the Delaware and Maryland petitions is subject to pending legal challenges in the D.C. Circuit.

Also, on October 1, 2019, the D.C. Circuit vacated the EPA’s 2018 Close-Out Rule. In the Close-Out Rule, the Agency determined that the CSAPR Update fully addresses certain states’ obligations under the Good Neighbor Provision, and the EPA has no further obligation under Section 110 to establish requirements for power plants or any other emissions sources in these states to continue to reduce transported ozone pollution.

The court said the absence in the Close-Out Rule of any requirement for upwind reductions beyond those set in the 2016 CSAPR Update violated the Agency’s responsibility to establish requirements that upwind states eliminate their significant contributions in accordance with the deadline by which downwind states must come into compliance with the NAAQS.