OSHA proposed to amend the construction and shipyard standards for beryllium exposures. The proposal leaves the permissible exposure limit (PEL) of 0.2 micrograms per cubic meter (µg/m3) and short-term exposure limit (STEL) of 2.0 µg/m3 in place but would revise several portions of the standards’ ancillary provisions. 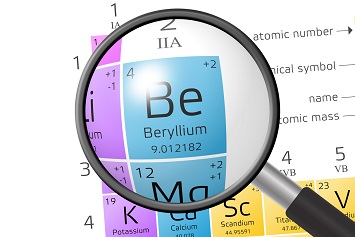 Many proposed changes are consistent with ones proposed December 11, 2018, for the general industry standard. Other changes would be in keeping with OSHA’s conclusion that beryllium exposures in construction and shipyards are different from those in general industry.

The proposal would amend definitions used in the standards and remove rules for hygiene areas and practices. It also would revise provisions for methods of compliance, respiratory protection, personal protective equipment (PPE), housekeeping, medical surveillance, communication of hazards, and recordkeeping.

OSHA expects its proposed changes to save $2.5 million a year while still protecting workers’ health and safety.

OSHA has reached two conclusions about beryllium exposures in construction and shipyards. First, the agency stated that while dermal contact is a concern in general industry workplaces, given the materials and processes used in construction and shipyards, dermal contact is not a concern in those industries. Second, OSHA stated that the materials and processes used do not result in contaminated PPE.

The agency proposed removing a requirement to provide and ensure the use of protective clothing when dermal contact is expected. OSHA said it was unaware of any operations in construction or shipyards that would result in dermal contact with beryllium above trace amounts. The standards’ focus would be on limiting airborne exposures.

Because airborne exposures are a concern but dermal contact is not, the agency proposed removing portions of the methods of compliance requirements that address dermal contact.

OSHA also proposed removing a requirement for warning labels on used PPE to be laundered or cleaned. The agency stated that downstream handlers are not at risk for airborne exposures from PPE used in construction and shipyards.

OSHA proposed removing the hygiene areas and practices provisions. The agency concluded that the construction and shipyard sanitation standards adequately protect employees and that beryllium-specific requirements are unnecessary.

The agency also proposed removing the definition for “emergency” and removing an emergency as a trigger for medical surveillance, as well as a requirement to train employees in emergency procedures. The abrasive blasting in construction and shipyards and welding operations in shipyards do not result in beryllium exposure emergencies, according to OSHA.

Definitions to Be Clarified

The agency proposed making several changes to the definition of “CBD (chronic beryllium disease) diagnostic center.” The existing definition has caused some confusion in the regulated community, according to OSHA.

Under OSHA’s proposed definition, a CBD diagnostic center would be capable of performing a pulmonary function testing, bronchoalveolar lavage (BAL), and transbronchial biopsy. Some mistakenly assumed the existing definition required that all three tests be performed, the agency said.

The agency seeks to clarify that centers simply must be able to perform the tests if the pulmonologist or pulmonary specialist orders them.

The agency also seeks to revise its definition of “confirmed positive” to include a clarification that the findings of two abnormal, one abnormal and one borderline, or three borderline results must occur within a 30-day follow-up test period after a first abnormal or borderline Beryllium Lymphocyte Proliferation Test (BeLPT) result. The existing definition does not include the 30-day follow-up period.