The number and rate of workplace injuries in 2018 remain unchanged from 2017, the Department of Labor’s Bureau of Labor Statistics (BLS) announced. 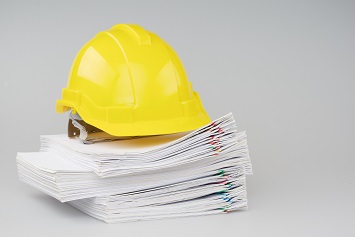 There were 2.8 million nonfatal occupational injuries and illnesses reported by private industry employers in 2018, unchanged from 2017, the BLS reported.

The incidence rate for total recordable cases (TRCs) in private industry—2.8 per 100 full-time workers—also remained unchanged from the previous year.

This is the first year since 2012 that the TRC rate did not decline. The incidence rates for days away from work (DAFW) cases and for days of job transfer and restriction only (DJTR) cases also did not change from 2017.

The data released are estimates from the BLS’s Survey of Occupational Injuries and Illnesses (SOII).

Highlights from the newly released SOII data include:

Of the 333,830 DAFW cases requiring a visit to a medical facility:

The American Society of Safety Professionals (ASSP) called the absence of a reduction in the incidence rate “unacceptable” and encouraged private sector employers to take steps to better protect their workers from injury and illness.

“Stagnant injury rates are unacceptable and a clear call to employers nationwide to take a harder look at their approach to workplace safety and health,” ASSP President Diana Stegall said in a statement.

The Association also called on employers to take a broader view of worker well-being, moving beyond traditional wellness initiatives and embracing initiatives like the Total Worker Health approach developed by the National Institute for Occupational Safety and Health (NIOSH).

The ASSP also suggested employers address stagnant injury and illness rates by considering implementing a safety and health management system like the one detailed in its American National Standards Institute (ANSI)/ASSP Z10.0-2019 standard.