Sixty days after its publication in the Federal Register, a final EPA rule will formally add hazardous waste aerosol cans to the federal Universal Waste program. 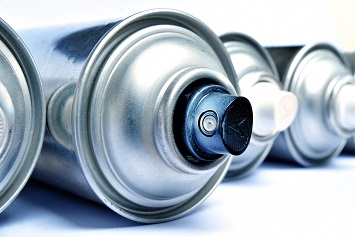 Even in light of the risks associated with hazardous waste aerosol cans, the Agency has recognized that compliance with Subtitle C has been particularly difficult for the retail sector. For example, in its 2016 Strategy for Addressing the Retail Sector under RCRA’s Regulatory Framework, the EPA stated that the retail sector differs from the industrial/manufacturing sector in the following key respects:

Not every one of the eight factors must be met for a waste to be appropriately regulated under the Universal Waste system. “However, consideration of the weight of evidence should result in a conclusion that regulating a particular hazardous waste under [the] program will improve waste management,” says the EPA. The Agency has determined that “on balance,” hazardous waste aerosol cans meet the factors warranting inclusion on the federal list of universal wastes for management under the program.

The new rule includes standards that streamline requirements for storage, labeling and marking, preparing the waste for shipment off-site, employee training, accumulation time, response to releases, and notification and tracking of universal waste shipments. Also, the final rule distinguishes between LQHUWs (those that handle more than 5,000 kilograms (kg) of total universal waste at one time) and SQHUWs (those that handle 5,000 kg or less of universal waste at one time). Mainly, the additional responsibilities of LQHUWs involve obtaining an EPA identification number, retaining shipping records, and conducting more extensive employee training. The 5,000-kg accumulation criterion applies to the quantity of all universal wastes accumulated.

The primary difference between the Universal Waste rule’s transporter requirements and the Subtitle C transportation requirements is that no manifest is required for transport of universal waste.

The current rule appears to have been motivated in part by the state experience. The EPA notes that waste management officials from the four states whose programs were operating at the time the new rule was proposed informed the Agency that these programs have been operating well and achieving their objective of facilitating safe management of hazardous waste aerosol cans. In particular, the EPA adds, state officials from both California and Colorado said their respective aerosol can universal waste programs have been in effect since 2002, and they have not identified any problems with enforcing compliance with the standards.

The EPA is finalizing a definition of aerosol can that is consistent with the language in Department of Transportation (DOT) regulations. Aerosol can is defined as a nonrefillable receptacle containing a gas compressed, liquefied, or dissolved under pressure, the sole purpose of which is to expel a liquid, paste, or powder, and fitted with a self-closing release device, allowing the contents to be ejected by the gas. Using language from the DOT regulation will help ensure consistency across federal regulatory programs, will avoid unnecessarily narrowing the scope of the rule to aerosol cans that aerate their product, and will not inadvertently include compressed gas cylinders in the definition of aerosol can, says the EPA.