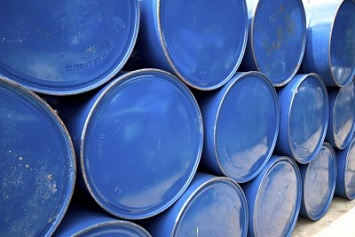 The draft identifies 70 uses of methylene chloride, both commercial and consumer, and assigns a risk to each. For the large majority of identified uses, the Agency indicated an unreasonable risk. The six conditions of use for which no unreasonable risk was identified include domestic manufacture and processing as a reactant. The low risk factor here assumes that commercial workers are properly fitted with the correct personal protective equipment (PPE), generally respirators and gloves.

However, in recent years, the most intensive use of methylene chloride has shifted to pharmaceuticals and chemical processing, with pharmaceutical production accounting for roughly 30 percent of all methylene chloride use. Less than 10 percent of the chemical is now manufactured or imported for use as a paint and coating stripper. Other applications include metal cleaning, production of HFC-32, and as an ingredient in adhesives.

Methylene chloride is one of the 10 chemicals the Agency selected in December 2016 for initial risk evaluations as required by the 2016 amendments to the Toxic Substances Control Act (TSCA). Before the release of draft risk evaluations, the Agency issues preliminary scoping documents and problem formulations and accepts public comments on those documents.

The draft risk evaluation is not a final agency action. Instead, it represents the EPA’s initial review of the scientific data on methylene chloride and will be peer reviewed by independent scientific experts as well as open to at least one round of public comment.

The EPA says it will use feedback received from the peer review and public comments to inform the final risk evaluation and will provide updates on this process. If the EPA’s final risk evaluation finds there are adverse health risks associated with methylene chloride under any of the specific conditions of use, the Agency will propose actions to address those risks. Actions could include proposing regulations to prohibit or limit the manufacture, processing, distribution in the marketplace, use, or disposal of the chemical.

The EPA was under considerable pressure to ban the use of methylene chloride in paint and coating stripper products given an alarming number of deaths resulting from noncommercial applications as well as commercial uses.  The rule specifies: “After November 22, 2019, all persons are prohibited from manufacturing, processing and distributing in commerce methylene chloride for consumer paint and coating removal.”

The ban was not part of the draft risk evaluation. The TSCA amendments gave the Agency the authority to take regulatory action for chemicals identified in the 2014 update to the TSCA Work Plan for Chemical Assessments provided a risk assessment was completed before the enactment of the 2016 TSCA amendments.

The EPA will accept comments on the methylene chloride draft risk evaluation until December 30, 2019.