The EPA has long emphasized that the Resource Conservation and Recovery Act (RCRA) and its regulations were written to address the generation of solid and hazardous wastes by industrial plants and the storage, treatment, and disposal of such wastes at permitted facilities and landfills. What the regulations were not intended to cover is the generation of wastes by retail facilities. While some of these wastes are indeed hazardous, the vast number and variety of retail businesses, as well as their lack of regulatory experience and economic means, are such that any imposition of the RCRA Subtitle C (hazardous waste) requirements would likely result in noncompliance on such a large scale that there could be no expectation that an effective level of enforcement could occur. 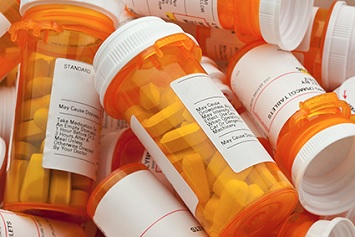 The EPA’s Office of Land and Emergency Management recently issued a memo to focus the attention of the Agency’s regional offices and stakeholders on the EPA’s regulations for reverse distribution of prescription pharmaceuticals and its policy on reverse logistics for nonprescription pharmaceuticals and other retail items. The memo made the point that both the regional offices and the regulated community are still adjusting to the 2019 rule and the ramifications of the two central terms. Following are key points about each term noted in the preamble to the 2019 rule.

However, if nonprescription pharmaceuticals or other retail items do not have a reasonable expectation of being legitimately used/reused or reclaimed after they are returned to a manufacturer or vendor, then the nonprescription pharmaceutical or other unsold retail item would be a solid and potentially hazardous waste at the reverse logistics center.