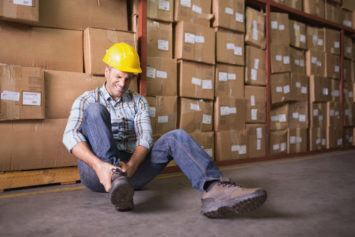 The California Division of Occupational Safety and Health (Cal/OSHA), in April 2015, cited Home Depot for a serious violation of the state’s foot protection standard after investigating an accident in which a worker’s foot was seriously injured from a collision between two pallet jacks at a warehouse in Mira Loma, California.

A supervisor inadvertently activated a pallet jack, striking another employee and pinning the employee’s foot against a pallet.

The 4th District Court ruling affirmed a lower Superior Court decision, as well as decisions of the state’s Occupational Safety and Health Appeals Board (OSHAB) and one of its administrative law judges upholding Cal/OSHA’s citations.

The investigation found that employees at the warehouse who were exposed to foot injury hazards wore sneakers and were not required to wear protective footwear. The Mira Loma warehouse is a distribution center for Home Depot’s retail stores. State inspectors also found violations involving the safe operation of industrial trucks.

OSHAB ruled that Home Depot’s lifting safety policy and prohibition of open-toed or open-heeled shoes were not adequate to protect workers from the hazard of serious foot injuries.

OSHAB is a three-member judicial board whose members are appointed by the governor and confirmed by the Senate. The board hears employers’ appeals of citations issued by Cal/OSHA for alleged violations of workplace safety and health regulations.

The board affirmed both the violation of the state’s foot protection standard and its classification as a serious violation.

Following the board’s decision, Home Depot filed a writ of mandate with the local Superior Court asking for relief from the footwear citation, but the Court denied the writ. The employer then took the case to the Court of Appeals, which ruled October 17 to uphold OSHAB’s decision and Cal/OSHA’s citations.

Foot injuries from being struck by or run over by industrial trucks are the leading causes of foot amputations and other serious foot injuries among workers in California, according to Cal/OSHA. The agency has opened over 70 such investigations of home improvement retailers in the past 5 years.

California regulations require workers who are exposed to foot injuries from electrical hazards; hot, corrosive, or poisonous substances; and falling objects and crushing or penetration to wear protective footwear. Workers working on wet floors, which exposes them to slipping hazards, must wear slip-resistant shoes. Employers are not required to pay for protective footwear that may be worn off-site for personal use.