For many, Thanksgiving marks the beginning of the winter holiday season. Along with the joy of spending time with family and friends, this time of year can also be a dangerous one. Everything from colder weather to crowded roadways and unsafe cooking techniques can result in personal injuries and property damage. If injuries are severe enough, some folks may not be able to return to work for the remainder of the winter season. 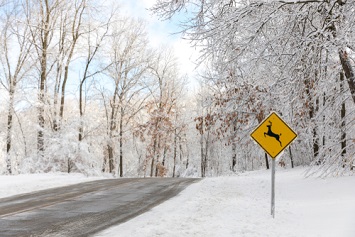 Americans should remain alert during this season and take the necessary safety precautions at work, at home, and while traveling.

See below for a list of common dangers during the winter holiday season.

Common Safety Concerns in the Winter

With the seasons changing and the holidays just around the corner, there are a few extra concerns to be aware of. These include:

It’s impossible to fully account for every potential danger related to the holiday season. However, a quick overview of the common dangers that tend to increase during this time of year can help you stay alert while engaging in day-to-day activities, like traveling between jobsites.

It’s not uncommon for drivers to be taken by surprise while driving this time of year. For example, Thanksgiving Thursdays tend to have a higher-than-average number of traffic fatalities.

There are a few factors influencing the jump in fatalities during Thanksgiving. For one, many drivers fail to realize just how many other drivers will also be on the road that day. Thanksgiving, not Christmas, tends to be the biggest travel holiday of the year for both airline and roadway travel.

Meanwhile, temperatures often dip below freezing in many parts of the country on and around Thanksgiving and especially in December. Nighttime driving, in particular, becomes more common and more dangerous as the number of daytime hours decreases during fall and winter. Meanwhile, deer are far more active from October to December. Taken together, this time of year is one of the most dangerous for drivers.

To help protect yourself on the road, consider doing the following:

These precautions should help you respond to incidents on the road.

Safety with Fire and Heat

In fact, the U.S. Fire Administration reports that more than half of all residential fires are cooking-related, while just under 10% are related to heating elements.

Before working with fire and heat this year, consider the following precautions:

Fire in its many forms can be a joy during the cold fall and winter months, but it can also be a hazard if not handled properly.

Putting up Lights? Be Cautious!

Along with traveling and frying turkeys, many Americans celebrate the holiday by putting up lights and outdoor decorations. Competing with your neighbors for the best holiday light show can be fun, but you could injure yourself while putting up or taking down lights and decorations. This is one of the most common holiday-related injuries.

Just as roadways can ice over and become slippery during this time of year, so, too, can roofs and walkways. Plan to install decorations on a warm, dry day. Avoid putting up lights on roofs during the night, especially not immediately following a snowy or rainy day. Allow your roof to dry completely before getting on it to put up lights and decorations.

The holiday season is certainly the “most wonderful time of the year.” But it’s also among the most dangerous times of the year. With a few added precautions, however, it certainly doesn’t have to be.