The Trump administration is relying heavily on its environmental authority to try to reverse the declining role of coal in energy generation. Under both the Resource Conservation and Recovery Act (RCRA) and the Clean Water Act (CWA), the Agency has the power to regulate how much the coal-fired electricity sector must do and how much it must spend to dispose of and manage wastes caused by coal combustion. 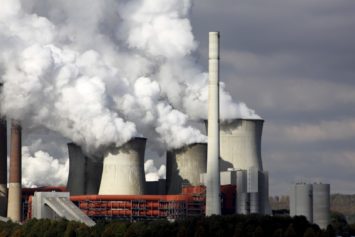 In 2015, the Obama EPA issued two major rules affecting the RCRA and CWA obligations of coal-fired power plants. Both rules were challenged in court—by industry for being too stringent and by environmental groups for being too lenient. Those court opinions factor into two new proposals the Agency has issued to amend the 2015 rules. Following are summaries of the proposed actions.

The current proposal is the second containing revisions the Agency wants to make to the Obama EPA’s April 2015 final rule that established extensive requirements for the management of coal combustion residuals (CCR) generated by coal-fired power plants and placed in landfills or impoundments. Several of the proposed changes are intended to comply with the D.C. Circuit’s order in Utility Solid Waste Activities Group, et al v. EPA (USWAG). The proposal increases the stringency of portions of the 2015 rule. However, the proposal would also provide utilities with options to delay the closure of surface impoundments when they need alternative capacity to manage their wastestreams (both CCR and non-CCR waste). These deadline extensions are expected to reduce the industry’s cost of complying with the CCR regulations by about $40 million a year.

The proposal includes the following:

As noted, this is the second set of proposed changes to the 2015 rule. In August 2019, the EPA proposed to modify that rule by simplifying requirements applicable to beneficial use of CCR. The Agency says its two proposals would leave the “vast majority” of the 2015 rule unchanged (including, for example, monitoring and corrective action requirements). However, the EPA also indicates that it is not done with rulemaking to amend the 2015 action.

Also in 2015, the Obama EPA issued revisions to effluent limitations guidelines and standards (ELGs) for existing coal-fired power plants. At that time, the Agency stated that steam electric power plants contribute the greatest amount of all toxic pollutants discharged to surface waters by industrial categories regulated under the CWA. The final rule established the first nationally applicable limits on the amount of toxic metals and other harmful pollutants that steam electric power plants are allowed to discharge in several of their largest sources of wastewater. As required by the CWA, the ELGs were based on the Best Available Technology Economically Achievable (BAT). BAT is intended to reflect the highest level of pollution control in the industry.

In its proposal, the EPA notes that since the 2015 rulemaking, it has obtained additional information specific to BAT for two of the largest wastestreams subject to the ELGs—flue gas desulfurization (FGD) wastewater and bottom ash (BA) transport water. According to the EPA, these technologies are more affordable than those used to write the 2015 regulations and are capable of removing a similar amount of pollution. The proposal affects only the FGD and BA wastestreams and does not seek to alter ELGs affecting other pollutants regulated under the 2015 rule.

The proposed rule would revise BAT and apply it to the following:

In addition, the proposal includes:

“The proposed modifications to the 2015 rule will reduce compliance costs, saving approximately $175 million pre-tax annually, while also further reducing the pollutant discharges over the 2015 rule,” says the EPA. “Cost savings are primarily attributable to lower technology costs associated with the pollutant control systems available today to effectively treat and manage the wastewater, flexibility in the management of those systems, additional subcategorization of affected power plants, and establishing new compliance timeframes.”

The pivotal court decision in the Agency’s ELG proposal is by the 5th Circuit in Southwestern Electric Power Company v. EPA. In that decision, the court vacated portions of the 2015 rule and remanded them to the Agency for reconsideration.