The growing severity of flooding, storm surge, and wildfires brought on by climate change increases the risk that these events will spread contamination from Superfund sites and damage remedies put in place to control those risks. In a new report, the U.S. Government Accountability Office (GAO) says that 60% (945 of 1,571) of all nonfederal Superfund National Priorities List (NPL) sites are located in areas that may be impacted by one or more of these potential climate change effects. 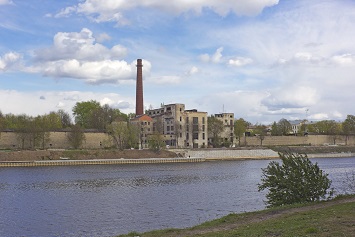 As the federal agency that oversees containment, remediation, and other controls of hazardous wastes at nonfederal NPL sites, the EPA bears responsibility for putting in place regulations, policies, guidance, and practices that ensure that the Superfund program adjusts to these changing conditions. The GAO says it found that the EPA is working in several ways to protect the sites from the impacts of climate change. But the report also raises the concern that not enough is being done to reduce the potential that climate change effects may lead to releases of contaminants from NPL sites that could pose risks to human health and the environment. Accordingly, the GAO made four recommendations to the EPA. The Agency agreed with one recommendation but did not agree that the other recommended actions are necessary.

The EPA takes the position that the Superfund Program’s “existing resources and processes adequately ensure that risks and any effects of severe weather events that may increase in intensity, duration, or frequency are woven into risk response decisions at nonfederal NPL sites.” (Federal NPL sites are the responsibility of other agencies, mainly the Departments of Defense, Energy, and Interior.) Under the recommendation the GAO appears to emphasize the most, the Agency would “clarify how EPA’s actions to manage risks to human health and the environment from the potential impacts of climate change effects at nonfederal NPL sites align with the agency’s current goals and objectives.” But the EPA’s Strategic Plan for 2018-2022 does not even include the phrase “climate change.”

Moreover, in its four-page response to a draft of the GAO’s current report, the EPA does mention “climate change” several times but, by and large, prefers to emphasize the importance of preparing NPL sites for “extreme weather events.” The problem here, says the GAO, is that the extreme-weather approach relies heavily on historical data and does not adequately consider the more severe conditions that scientists predict will accompany climate change. Furthermore, the GAO seems to agree that such conditions are already occurring and gives several examples of NPL sites that have been impacted by events some believe resulted from climate change. The EPA responded that its own “comprehensive analysis” of hundreds of NPL sites following powerful hurricanes in 2017 and 2018 found that remedies are resilient, that only a few sites reported minor damage, and that there was no need for post-storm action.

Much of the current EPA’s position contrasts with the 2014–2018 strategic plan issued by the Obama EPA, which included addressing climate change as one of four strategic goals and specifically discussed climate change in the context of planned, current, and completed cleanups at nonfederal NPL sites.

To assess how the EPA is managing risks to NPL sites from climate change, the GAO employed a tool called Enterprise Risk Management (ERM). In July 2016, the Office of Management and Budget issued a circular directing agencies to implement ERM to improve mission delivery, reduce costs, and focus corrective actions toward key risks. In a December 2016 report, the GAO identified the six essential elements of ERM.

“Beyond traditional internal controls, [ERM] promotes risk management by considering the effect of risk across the entire organization and how it may interact with other identified risks,” states the GAO. “Additionally, it addresses other topics, such as strategy determination, governance, communicating with stakeholders, and measuring performance. The principles of enterprise risk management apply at all levels of the organization and across all functions, such as those related to managing risk to human health and the environment from the potential impacts of climate change effects at nonfederal NPL sites.”

According to the GAO, the EPA’s actions to manage risks from the potential impacts of climate change effects at NPL sites align with three of the six essential elements of ERM, do not align with one element, and partially align with the other two elements. The actions that do align with ERM were largely taken during the Obama administration; the GAO views the EPA’s actions holistically and does not differentiate between what was done by separate administrations. This may create the impression that the current EPA is implementing aggressive policies regarding NPL sites and climate change.

Below we summarize the GAO’s views on how the EPA’s approach to NPL sites and climate change match up with the ERM’s six essential elements.

One EPA official told the GAO that when the 2018 to 2022 strategic plan was drafted, senior agency officials were not aware of the potential risks to the Superfund program mission from the effects of climate change. According to this official, EPA office heads have expressed support for certain activities related to climate change, such as the work of the Cross-EPA Work Group on Climate Adaptation, but have not issued related documents or policy statements.

“Without clarifying how the Agency’s ongoing actions to manage these risks at nonfederal NPL sites align with current agency goals and objectives, EPA will not have reasonable assurance that senior officials will take an active role in supporting these actions, which would help EPA achieve its mission of protecting human health and the environment,” says the GAO. 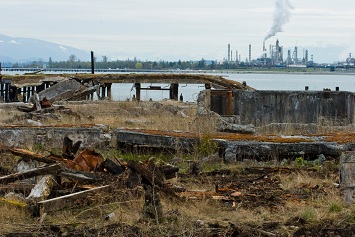 The GAO believes the EPA has partially satisfied this essential element, again pointing to the 2012 adaptation study in which the Agency assessed the impacts of the eight climate change effects on certain remedies to determine the risk they presented to the Agency’s mission to protect human health and the environment. The EPA also issued climate change adaptation implementation plans to the office that oversees the Superfund program, as well as to all regions.

But in its review of actions taken in the EPA’s regional offices, the GAO found that officials in six regions have not used climate change projections for flooding or rainfall in their assessments of risks at NPL sites.

“Without providing direction to remedial project managers on how to integrate information on the potential impacts of climate change effects into site-level risk assessments at nonfederal NPL sites across all regions and types of remedies, EPA cannot ensure that remedies will protect human health and the environment in the long term,” says the GAO.

The GAO believes the EPA has partially satisfied this essential element. In two national studies the Agency conducted in 2012 and 2017, the EPA examined potential impacts of some climate change effects on selected remedies at NPL sites, including nonfederal NPL sites, and generally found that it has taken actions to respond to risks through its existing cleanup processes. The Agency also provided guidance and training to remedial project managers on responding to risks to human health and the environment from the potential impacts of climate change effects.

Also, in three Agency regions, the GAO was provided with site decision documents that described how climate change information will be incorporated into remedy selection and design.

“However, according to our interviews with regional officials, they have not consistently integrated climate change information into remedy selection and design,” said the GAO. “For example, officials from two regions stated that they are not aware of any remedial project managers in their regions who are taking action at nonfederal NPL sites to respond to climate change or consider future conditions.”

The GAO believes the EPA has satisfied this essential element. One measure was taken in 2016 when the Agency introduced a new template for the Five-Year Review, which includes a section for officials to document their consideration of whether any newly available information related to climate change may call into question the protectiveness of a remedy at a site. (Five-year reviews generally are required by the Comprehensive Environmental Response, Compensation, and Liability Act (CERCLA) or program policy when hazardous substances remain on-site above levels that permit unlimited use and unrestricted exposure.) Region 7 officials told the GAO that they assess any potential changes in future conditions, especially flooding, during the Five-Year Review process.

Regional offices have also employed other means of risk communication. For example, officials with Region 10 convened a workshop in 2017 with other federal agencies, state and local officials, and community groups to discuss climate change impacts on sediment cleanup and upland source control for the Lower Duwamish Waterway site in Washington. Furthermore, the EPA provides an online mapping tool the public can use to identify sites located in areas that would be impacted by up to 6 feet of sea-level rise or in flood hazard areas as determined by the Federal Emergency Management Administration. 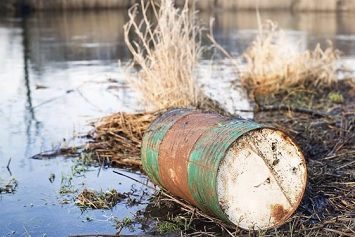 Overall, the GAO found that the EPA has not addressed all the resource, institutional, and technical challenges it faces to manage risks to human health and the environment from the potential impacts of climate change effects at NPL sites. Accordingly, the GAO made four recommendations. The Agency agreed with only one—establish a schedule for standardizing and improving information on the boundaries of nonfederal NPL sites. The GAO also recommended that the EPA:

The Agency did not agree with these recommendations because it believes they are already working components of the Superfund program’s existing processes and resources.