The Occupational Safety and Health Administration (OSHA) cited a Maine roofing contractor for willful, repeat, and serious workplace safety violations at a jobsite in Springvale, Maine, and is seeking a total of $278,456 in new penalties. 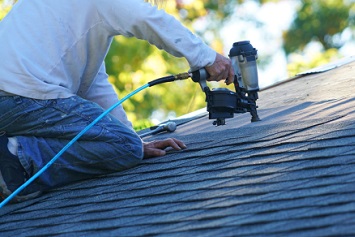 “This employer’s ongoing defiance of the law continues to place his workers at risk for disabling and fatal injuries,” Principal Deputy Assistant Secretary of Labor for Occupational Safety and Health Loren Sweatt said in an agency statement.

OSHA has inspected and cited Purvis Home Improvement for safety violations seven times in the last 7 years, according to the agency.

The agency initiated an inspection on May 23 in response to a complaint. Inspectors found three employees working on a two-story residential roof without fall protection. OSHA also cited the employer for violations of the ladders and scaffolds standards.

Allegations against Purvis include:

OSHA cited Purvis in June for a worker’s fatal fall on December 13, 2018. A worker at one of Purvis’s worksites in Portland, Maine, was in the process of climbing off a roof onto a ladder jack scaffold when he lost his footing on the roof and fell. Injuries sustained in the fall led to his death. The worker was not wearing any personal fall arrest system.

The fatal fall at the Portland site led to a citation for willful violation of the fall protection requirements. Purvis previously was cited for similar violations at other Maine worksites in Scarborough in 2013 and 2018, Pine Point in 2015, Westbrook in 2012, and South Portland in 2006.

Falls are one of OSHA’s “focus four” hazards that also include struck-by object, electrocution, and caught-in/between hazards. The four are the leading causes of construction fatalities other than highway collisions. The agency recently revised its enforcement weighting system to emphasize inspections for the focus four hazards.