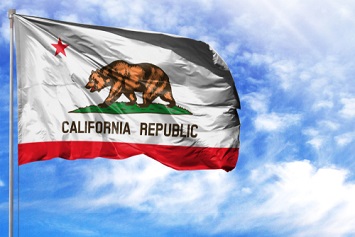 “These workers who lost their lives on the job in California serve as a reminder that we need to do everything possible to keep workplaces safe,” Douglas Parker, chief of the Division of Occupational Safety and Health (Cal/OSHA), said in an Agency statement.

“An increase in workplace fatalities is a serious concern for Cal/OSHA. We are analyzing the data to bolster and direct our enforcement and education efforts,” Parker said.

The state’s rate of fatal workplace incidents per 100,000 workers remains stable, with slight fluctuations since 2008, and the state’s rate has consistently been lower than the national rate. The national fatal injury rate for 2018 was 3.5 per 100,000 full-time workers, and California’s rate was 2.3.

Cal/OSHA expressed continuing concern about the percentage of Latino deaths reported each year—43 percent in 2018. The Agency reiterated its commitment to workplace safety outreach and education efforts with a focus on high-hazard work, especially for monolingual non-English-speaking workers.

Of the 422 work-related fatalities in California in 2018, 155 resulted from transportation incidents and 62 from workplace homicides.

The American Society of Safety Professionals (ASSP) and the National Safety Council (NSC) both expressed concern over the national rise in work-related fatalities.

“Most occupational incidents are preventable given today’s technologies and proven safety and health strategies,” Stegall said.

The ASSP encouraged employers to make use of voluntary consensus standards that promote best practices to prevent worker injuries, illnesses, and fatalities. The ASSP has participated in developing and updating American National Standards Institute (ANSI) and International Organization for Standardization (ISO) standards.

The group suggested that voluntary standards can bridge delays between emerging occupational hazards and standards setting at the U.S. Occupational Safety and Health Administration.

The NSC pointed out that motor vehicle crashes and falls remain the leading causes of preventable death on the job, while drug and alcohol overdoses are growing workplace threats. Unintentional overdoses from nonmedical use of drugs or alcohol increased for the 6th consecutive year, leading to 305 deaths in 2018—compared with 272 the previous year.

The NSC encouraged employers to take a systematic approach to safety, such as implementing policies, training, and risk assessment techniques, to address major causes of fatalities and injuries.