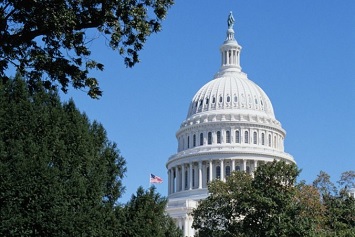 Some of the actions described in the H.R. 535’s 18 sections are included in the EPA’s 2019 PFAS Action Plan. But the leading sponsors of the bill say the Agency has been too slow in implementing that plan, and congressional action is needed. The bill passed with bipartisan support—24 Republicans joined 223 Democrats in voting Yea—and was sent to the Senate.

PFAS were developed in the 1940s and eventually comprised thousands of synthesized substances with a great many industrial and commercial applications. PFAS are commonly used in nonstick cookware; water-repellent clothing; stain-resistant fabrics and carpets; some cosmetics; products that resist grease, water, and oil; and as fire suppressants used at U.S. military installations and civilian airports and by state and local fire departments. But research conducted over many years has shown that PFAS have contaminated sources of drinking water. Once these chemicals enter the human body, they stay there for up to 8 years by some estimates. While research is not conclusive, studies have produced evidence that certain PFAS may affect growth, learning, and behavior of infants and older children; lower a woman’s chance of getting pregnant; interfere with the body’s natural hormones; increase cholesterol levels; affect the immune system; and increase the risk of cancer.

“Last year, EPA announced its PFAS Action Plan,” said Frank Pallone (D-NJ), chair of the House Energy and Commerce Committee, in his floor statement on the bill. “It was woefully inadequate, and since that time, we’ve learned that EPA is not even keeping the weak commitments it made in that plan. The EPA failed to meet key end-of-year 2019 deadlines. It failed to produce a regulatory determination for PFOA and PFOS in drinking water. It failed to produce hazard determinations for these two chemicals under Superfund. And it failed to initiate reporting under the Toxics Release Inventory [TRI].”

H.R. 535 would require implementation of those three actions and much more. Here are more specifics:

Other parts of H.R. 535 would direct the EPA to regulate disposal procedures for materials containing PFAS or aqueous film-forming foam; require the Agency to revise the Safer Choice Program to include a requirement that pots, pans, or cooking utensils do not contain a PFAS; and also have the EPA issue guidance on minimizing first responder use of firefighting foam and other related equipment containing any PFAS without jeopardizing firefighting efforts.