The EPA has issued its final list of the first 20 high-priority chemical substances in commerce that will undergo Agency risk evaluations over the next 3 years. The risk evaluation process for existing chemicals is arguably the most consequential part of the 2016 amendments to the Toxic Substances Control Act (TSCA). 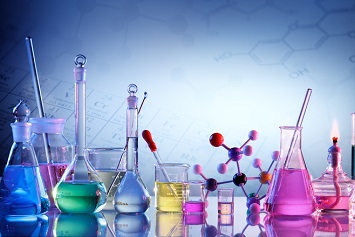 Under TSCA Section 6(b)(1)(B) and implementing regulations (40 CFR 702.3), a high-priority substance is defined as “a chemical substance that [EPA] concludes, without consideration of costs or other non-risk factors, may present an unreasonable risk of injury to health or the environment because of a potential hazard and a potential route of exposure under the conditions of use, including an unreasonable risk to a potentially exposed or susceptible subpopulation identified as relevant by [EPA].”

“Rather, when prioritization is complete, for those chemicals designated as high-priority substances, the Agency will have evidence on hazards and exposures that supports a finding that the substances may present an unreasonable risk of injury to health or the environment under the conditions of use.”

This is the second batch of chemicals for which the Agency is conducting risk evaluations. As required by the TSCA amendments, the Agency designated the first 10 chemicals for assessments in December 2016. Those evaluations are in various stages of progress (more information here).

The 20 chemicals listed for risk evaluations consist of seven chlorinated solvents, six phthalates, four flame retardants, formaldehyde, a fragrance additive, and a polymer precursor. In selecting chemicals as high priorities, the EPA made use of its 2014 Update to the TSCA Work Plan for Chemical Assessments. Also, the Agency says it generally uses reasonably available information to screen the candidate chemical substances against the following criteria and considerations:

TSCA does not specifically limit how the EPA must ultimately select chemical substances for prioritization. “In practice, EPA strives to designate as high-priority substances those chemicals with the greatest hazard and exposure potential first, consistent with the policy objectives codified in 40 CFR 702.5(a),” says the Agency.

Also on the list is formaldehyde, which had a production volume between 1 billion and 5 billion pounds in 2015. The risk assessment process for formaldehyde has been controversial. Environmental groups have complained that the EPA is not making proper use of a risk assessment of formaldehyde that has been ongoing for many years in the Agency’s Integrated Risk Information System (IRIS). The EPA has responded that going forward with the TSCA risk evaluation does not mean the formaldehyde work done under IRIS will be lost.

“In fact, the work done for IRIS will inform the TSCA process,” Alexandra Dapolito Dunn, assistant administrator for EPA’s Office of Chemical Safety and Pollution Prevention, said when the high-priority chemicals were proposed. “By using our TSCA authority EPA will be able to take regulatory steps; IRIS does not have this authority.”