Section 1313 of the Clean Water Act (CWA) directs that states must develop total maximum daily loads (TMDLs) for water bodies that are impaired by pollutants or conditions (e.g., temperature or turbidity). The state submits these TMDLs to the EPA for approval. If the Agency approves the state’s submission, the TMDL takes effect. If the Agency disapproves the submission, the EPA must then, in a very short time, develop its own TMDL for the water body. 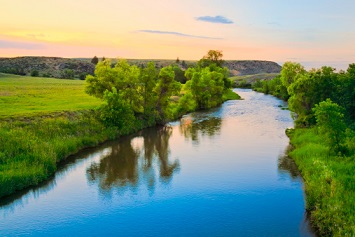 All this is explicitly spelled out in Section 1313. What that section does not spell out is what happens if the state fails to submit any TMDL at all. Given the CWA’s silence on the matter, it has been left to the courts to render opinions on when the absence of a state TMDL triggers the EPA’s obligation to promulgate the TMDL. The latest case addressing this issue and also discussing the implications of the doctrine of constructive submission was adjudicated by a three-judge panel of the U.S. Court of Appeals for the 9th Circuit.

In the CWA, Congress created several programs to “restore and maintain the chemical, physical, and biological integrity of the Nation’s waters.” The first step is to set technology-based regulations to stem the flow of pollutants into waters. When these measures do not achieve the CWA’s goal, the TMDL program enters the picture. A TMDL sets the maximum amount of a specific pollutant each segment of a U.S. water can receive without exceeding the applicable water quality standard. States develop Section 303(d) lists that rank water bodies in order of priority. States are then required to develop a TMDL for each pollutant on a federal list. The EPA then has 30 days to approve or disapprove the submission. Upon disapproval,the Agency has just another 30 days to issue its own TMDL.

The 9th Circuit’s case concerns the salmon and steelhead trout populations in the Snake and Columbia rivers in Washington and Oregon. These populations thrive in cold water. But pollution from dams and over 100 point sources along the two rivers have raised water temperatures to the point where several species have become extinct, and 65 percent of remaining populations face the risk of extinction. Moreover, with increased human activity along the rivers, temperatures are expected to continue to rise.

Following development of their 303(d) lists, Washington and Oregon issued TMDLs for some pollutants. But the states did not develop TMDLs for temperature. Instead, the states and the EPA reached an agreement wherein the EPA would develop and issue the temperature TMDLs for the Snake and Columbia rivers. The Agency went on to publish those TMDLs in draft form in 2003. However, after other federal agencies objected to the drafts, the EPA took no further action.

In 2007, environmental and conservation groups petitioned a federal district court to order the EPA to develop temperature TMDLs for the Columbia and Snake rivers. The district court agreed with the petitioners and ordered the EPA to issue the subject TMDLs within 30 days. The EPA appealed, asking the 9th Circuit to stay the order requiring prompt issuance of the TMDLs.

“In BayKeeper, we acknowledged that where a state has ‘clearly and unambiguously’ decided that it will not submit TMDLs for the entire state, that decision will be ‘construed as a constructive submission of no TMDLs, which in turn triggers the EPA’s nondiscretionary duty to act.’”

The EPA contended that at most, its duty to establish a TMDL arises only when a state completely fails to submit any TMDLs for approval. This could not be the case with Washington and Oregon, which together have submitted more than 1,200 TMDLs. By contrast, the Agency continued, where a state has abandoned a particular TMDL, no constructive submission of that TMDL should be found.

The Agency’s primary backup for this position resides in BayKeeper, in which plaintiffs argued that California had failed to issue any TMDLs between 1980 and 1994, and these failings under the CWA triggered a duty on the part of the EPA to establish TMDLs for the entire state. Essentially, in BayKeeper, the court was asked to conclude that California had “clearly and unambiguously decided to abandon its entire state TMDL program, rather than any individual TMDL.” The 9th Circuit declined to reach that conclusion because California more recently completed 46 TMDLs, established a schedule for additional TMDLs, and dedicated substantial resources to its TMDL program.

The court responded to the EPA’s argument, emphasizing that CWA Section 1313 created the nondiscretionary obligation that states submit TMDLs for applicable waters to restore the biological integrity of those waters.

“That purpose would be dramatically undermined if we were to read into Section 1313(d)(2) a loophole by which a state, and by extension the EPA, could avoid its statutory obligations by a mere refusal to act,” continued the panel.

The panel went on to point out that any interpretation of Section 1313(d)(2) that allows the EPA to indefinitely avoid compliance with the requirements of the statute would undermine the clear expediency that Congress mandated throughout the subsection and would be difficult to reconcile with the purpose of the statute. Also, while acknowledging that BayKeeper was concerned with a state’s failure to issue any TMDL, nothing in that opinion indicated that the doctrine could only be applied when there was a statewide failure. Rather, it simply affirmed that Section 1313 created a statutory regime of nondiscretionary duties for both the states and the EPA. Referring to BayKeeper and a subsequent 9th Circuit opinion (City of Arcadia v. EPA), the panel emphasized that language in those opinions “contemplates that a state could constructively submit a single, specific TMDL for a body of water or waterway.”

“Viewing these facts in their totality, we agree with the district court that ‘Washington and Oregon have clearly and unambiguously indicated that they will not produce a TMDL for these waterways,’ and that as a result, ‘the EPA has violated the CWA by failing to issue a TMDL for the Columbia and lower Snake Rivers,’” concluded the panel.

“This constructive submission of no TMDL triggers the EPA’s duty to develop and issue its own TMDL within 30 days, and it has failed to do so,” added the court. “The time has come—the EPA must do so now.”