The National Safety Council (NSC) has received an additional $500,000 grant from the Pittsburgh-based McElhattan Foundation for the NSC’s Work to Zero initiative, the Council announced. The program, launched last January, will educate employers about technological advancements in safety, such as artificial intelligence, drones, and wearables, that may reduce or eliminate preventable deaths in the workplace. 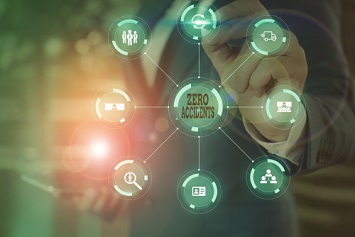 The NSC has conducted research into existing and emerging safety technologies. It will release a comprehensive report next month that details which technologies could reduce fatal risks in the most hazardous situations for workers. The report will be released at the first Work to Zero summit, scheduled for February 13–14 at the Hyatt Regency Coconut Point Resort & Spa in Bonita Springs, Florida.

The special report will review the current state of safety technology; provide insight from interviews with more than 40 environment, health, and safety (EHS) professionals; map major sources and causal factors of workplace deaths; and share recommendations on the most promising safety technologies.

The NSC will hold its Campbell Institute Symposium, “Gateway to the Future of EHS,” prior to the Work to Zero Summit, February 11–12, at the same location.

“Our workers deserve to go home every day after work in the same condition they arrived,” NSC President and CEO Lorraine M. Martin said in a statement. “Technology can help mitigate common on-the-job risks and significantly improve safety at workplaces everywhere.”

Work-related serious injuries totaled 4.5 million and cost society an estimated $161.5 billion in 2017, the latest year of available data, according to the NCS. The Council surveyed its 15,000 member companies that year to gauge their interest in workplace technologies and found 100% have a strong interest in knowing more about technologies and how to implement innovations such as artificial intelligence, augmented and virtual reality, drones, sensors, wearables, and robotics.

The Work to Zero initiative is overseen by an advisory council, a volunteer group of EHS and technology experts composed of academic, government, industry, and other thought leaders. The Council’s primary responsibilities are to guide Work to Zero research projects by providing expertise, insight, and access to networks that enrich the initiative; shape outreach and event projects; and engage external parties to broaden the initiative’s reach and knowledge.

The NSC is a nonprofit organization whose mission is to eliminate preventable deaths at work, in homes and communities, and on the road. NSC members include workplace safety and health professionals. The NSC will hold its annual Congress & Expo October 5–7 at the Indiana Convention Center in Indianapolis.