In a 5-to-4 decision, the Supreme Court of Washington State upheld a ruling by a lower court that found that the state’s Department of Ecology (Ecology) exceeded its statutory authority by promulgating a regulation that imposed greenhouse gas (GHG) emissions standards on indirect emitters of those gases. According to the majority, the “plain language” of the Washington Clean Air Act limits the applicability of emissions standards to actual emitters. 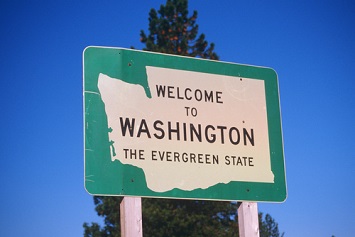 But the majority did not agree with the lower court’s finding that all aspects of the state’s 2016 Clean Air Rule were nonseverable, and therefore, the entire rule was illegal. Accordingly, the majority invalidated the rule only to the extent that it regulates nonemitters.

The four judges who dissented from the majority argued that in writing the statute, the legislature provided Ecology with “broad authority” to regulate GHG emissions, and that authority extended to indirect emissions.

The rule created GHG emissions standards for three types of businesses: certain stationary sources; petroleum product producers and importers; and natural gas distributors. Most of these businesses were required to reduce their GHG emissions by 1.7 percent every year, using their emissions in 2017 as a baseline. Ecology projected that the rule would reduce emissions by 20 million metric tons of carbon dioxide or their equivalent by 2035, or about two-thirds of the target the state legislature established in 2008.

The rule was challenged by the Association of Washington Business and seven other industry organizations.

The majority makes the following points:

The majority said that Ecology correctly noted the statute’s purposes include “provid[ing] for the use of all known, available, and reasonable methods to reduce, prevent, and control air pollution,” as well as “achiev[ing] significant reductions in emissions from those small sources whose aggregate emissions constitute a significant contribution to air pollution.” The majority added that read in isolation, that clause might suggest the legislature intended to imbue Ecology with wide-ranging authority to reduce air pollution in any way possible.

“But a closer look at the Act’s purpose statement undercuts this reading: ‘It is the policy of the state that the costs of protecting the air resource and operating state and local air pollution control programs shall be shared as equitably as possible among all sources whose emissions cause air pollution,’” said the majority.

“By reading the Act’s purpose statement selectively, Ecology justifies imposing significant costs on entities that do not emit pollutants into the air, in direct contravention of another provision of the same purpose statement,” concluded the majority.

The dissent agreed that “the broadest possible interpretation of a provision is not a necessary consequence of any ambiguity. But the dissent added that the Supreme Court has “historically found that when passing laws that protect Washington’s environmental interests, the legislature intended those laws to be broadly construed to achieve the statute’s goals.”

“Therefore, since the Act’s focus is to reduce emissions across the state from various sources, this potential ambiguity under the Act should be broadly construed to encompass both direct and indirect emission sources,” concluded the dissent.