The authority of the U.S. Chemical Safety and Hazard Investigation Board (CSB) to subpoena information relating to potential future risks was affirmed by a panel of judges with the U.S. Court of Appeals for the 9th Circuit. 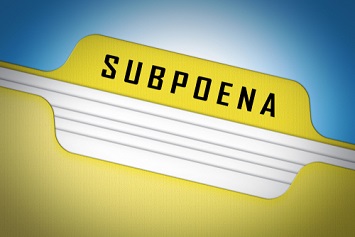 The defendant in the case had contended that the CSB’s subpoena authority was limited to information about the cause or probable cause of an accidental chemical release that occurred in 2015, not about any event that hasn’t happened. A U.S. District Court judge agreed that some of the information requested by the CSB had little connection to the accident and refused to enforce the relevant subpoenas. But looking at the broader context of the Clean Air Act (CAA), which established the CSB, the 9th Circuit panel found that the investigatory power Congress granted the CSB encompassed effects and potential harm if a similar incident were to occur in the future.

Authorized by the 1990 CAA Amendments, the CSB is the main federal body for investigating accidental chemical releases at stationary industrial facilities. Congress intended the CSB to be independent, which means that no other federal agency or executive branch official may direct its activities. However, the CSB’s policy is to work cooperatively in investigations with other federal agencies, including the EPA and the Occupational Safety and Health Administration (OSHA).

The case centers on the extent of the CSB’s subpoena power contained in CAA Section 7412(r)(6)(C)(i).

The investigated accident occurred in February 2015 at ExxonMobil’s Torrance, California, refinery. According to the CSB’s final report, workers were attempting to perform maintenance on an electrostatic precipitator (ESP), an air pollution control device for the refinery’s fluid catalytic cracking (FCC) unit. (FCC is a chemical process that uses a catalyst to create new, smaller molecules from larger molecules to make gasoline and distillate fuels.). A pressure deviation caused hydrocarbons to backflow through the process and ignite in the ESP. Four workers were injured. The explosion also propelled a 40-ton piece of debris from the FCC unit approximately 100 feet through the air. The debris landed within 5 feet of two tanks containing modified hydrofluoric acid (MHF), a highly corrosive liquid that is toxic if released.

In July 2016, the Torrance refinery was sold by ExxonMobil to PBF Holdings Company, LLC, which now operates as the Torrance Refining Company.

As part of its investigation, the CSB issued 7 subpoenas listing 380 documents and information requests. ExxonMobil complied with most of the requests, producing 65 witnesses and nearly 137,000 pages of documents. But the company refused to comply with 56 requests, arguing that they exceeded the CSB’s investigatory and subpoena authority.

“ExxonMobil resisted CSB requests for safety information pertaining to the potential release of [M]HF in the event the tanks were struck by explosion debris,” the CSB stated in its final report. “ExxonMobil continues to refuse to provide the CSB with information detailing safeguards to prevent or mitigate a release of [M]HF. The CSB has issued subpoenas for this information, and is pursuing enforcement in U.S. Federal district court.” [emphasis added]

Before the district judge, ExxonMobil argued that the 56 requests in the subpoenas sought information that is not relevant to what the Section 7412(r)(6)(C)(i) calls the “facts, conditions, and circumstances and the cause or probable cause” of an accident. According to the company, since there was neither damage to the MHF tanks nor a release of MHF, the CSB’s requests were relevant only to a potential future release and not to the release that did occur. The company pointed out that a separate section of the CAA allows the CSB to research possible future releases of hazardous chemicals, but that section does not provide the CSB with subpoena power.

Each of the five requests related to the alkylation unit, which houses the two MHF tanks. For example, the CSB sought all risk assessments for the alkylation unit conducted over the previous 15 years, as well as information about the manufacturers and vendors of the MHF itself.

In its order, the district court noted that the relevancy standard authorizing the CSB’s subpoena power is “not especially constraining.” But the district court added, “While many of the requests seek evidence that is relevant under this generous standard, some of the requests seek information with such attenuated connections to the February 2015 release that they cannot reasonably be considered relevant even under the most liberal relevance standard.”

Responding to ExxonMobil’s argument, the panel noted first that the presence of two tanks containing toxic chemicals on the site of the explosion, very close to where debris from that explosion landed, is among the “circumstances” of the explosion.

“The breadth of the term ‘circumstances’ supports this result, by authorizing the Board to investigate not only the causes of an explosion, but also its effects. The text of Section 7412(r)(6)(C)(i) compels this result, which is reinforced by viewing that provision within the broader context of the statute. For example, the Board’s duty to ‘issue periodic reports to the Congress, Federal, State and local agencies’ and in so doing to ‘recommend measures to reduce the likelihood or the consequences of accidental releases’ bears on what information is included within the Board’s Section 7412(r)(6)(C)(i) investigatory authority. Similarly, the statute’s objective of ‘minimizing the consequences of any’ accidental release confirms that an investigation into consequences that in fact arose, for the purpose of preventing similar and worse consequences in the future, is consistent with the statute’s overall purpose.”

The panel concluded, “Correctly interpreting the Board’s statutory authority and applying the generous relevance standard, the five requests whose denial the Board appealed are relevant to the Board’s investigation of the February 2015 accidental release. By concluding otherwise, the district court adopted an erroneous view of the legal standard governing the Board’s authority in declining to enforce these five requests.” Accordingly, the case was remanded to the district court.

The panel did acknowledge that the district court did “an admirable job” of evaluating the 56 subpoena requests, given that the CSB decided to appeal only 5 of the 27 that were denied.