The EPA is moving steadily along its apparent path of concluding that it is not necessary to require that facilities in certain industrial sectors comply with the financial responsibility requirements of Section 108(b) of the Comprehensive Environmental Response, Compensation, and Liability Act (CERCLA or Superfund). In its latest action, the Agency is proposing not to impose Section 108(b) requirements on facilities in the chemical manufacturing industry. 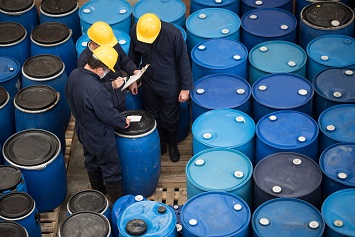 As in two previous actions, the EPA says it has found that the degree of financial risk to taxpayers and the Superfund from future cleanups of chemical industry hazardous waste sites does not rise to a level that would require a Section 108(b) financial assurance rule for the entire industry. The proposed conclusion is based on the Agency’s findings that existing regulatory programs, current voluntary practices in the chemical manufacturing industry, the degree to which taxpayers have been called upon to pay for cleanup, and the EPA’s enforcement history have together reduced the need for federally financed response actions at chemical manufacturing facilities.

CERCLA Section 108(b) requires that the EPA develop regulations that require classes of facilities to establish and maintain financial responsibility consistent with the degree and duration of risk associated with the production, transportation, treatment, storage, or disposal of hazardous substances. Paragraph (b)(1) also directs that priority in the development of requirements must be accorded to those classes of facilities, owners, and operators that present the highest level of risk of injury.

In 2008, environmental groups sued the EPA for not meeting its Section 108(b) obligations. The Agency responded to the suit in 2010 by saying it would develop financial assurance rules for the hard-rock mining industry and for three other industries—chemical manufacturing; petroleum and coal products manufacturing; and electric power generation, transmission, and distribution. When the EPA failed to follow up with an actual rulemaking proposal, environmental groups returned to court, whereupon the Agency was ordered to issue a proposed financial assurance rule for the hard-rock mining industry by December 1, 2016, and to publish a final rule 1 year later. The Agency was also ordered to follow that action with Section 108(b) decisions for the three additional industrial sectors, with proposed rules due each December in 2020, 2021, and 2022. The court did not order that the proposals address any specific sector in any specific year.

Furthermore, the court expressly stated that its order “merely requires that EPA conduct a rulemaking and then decide whether to promulgate a new rule—the content of which is not in any way dictated by the [Order].” In other words, the court did not direct the EPA to impose financial responsibility requirements on any sector, although that is one regulatory option.

In a final action published in February 2018, the EPA said it would not promulgate the financial responsibility requirements on the hard-rock mining industry that were proposed by the Obama EPA in January 2017. Next, in July 2019, the Agency proposed not to impose Section 108(b) requirements for facilities in the electric power generation, transmission, and distribution industry.

As in the two previous actions, in the current proposal for the chemical manufacturing industry, the EPA emphasizes that it has “a significant amount of discretion” in how it determines both the degree of risk to Superfund and, therefore, the need to establish a financial responsibility rule.

“In the past, some of the risks associated with spills resulted from, or were exacerbated by cleanups not being undertaken in a timely fashion,” the Agency states. “However, under the modern regulatory framework, requirements such as the Risk Management Plan under the CAA [Clean Air Act], the Emergency Action Plan under OSHA, and RCRA [Resource Conservation and Recovery Act] requirements for TSDFs [treatment, storage, and disposal facilities] to detect, contain, and clean up any leaks, including facility-wide corrective action—all help to ensure timely responses to releases.”

While acknowledging that regulations do not always prevent releases, the EPA says it believes that the network of federal and state regulations applicable to the chemical manufacturing industry creates a “comprehensive framework that applies to prevent releases that could result in a need for future cleanup. This is reflected in the relatively small Superfund burden associated with a relatively small number of Fund financed cleanups at chemical manufacturing industry sites where pollution occurred under the modern regulatory framework.”

Specifically, the Agency identified 34 sites in the sector with the potential for a significant impact to Superfund while operating under the modern regulatory framework. For context, there are approximately 13,480 establishments currently operating in the industry.

“Thus, this is a relatively small number of cases in comparison to the size of the industry,” says the Agency. “Moreover, EPA estimates the total fund expenditure amount at the 34 sites (including 30 removal sites and 4 NPL sites) is approximately $104 million (through 2017). This amount of expenditures is only a fraction of just one year’s Superfund budgetary authority. For example, the FY 2018 Superfund budget authority was $1.057 billion.”

Other factors the Agency considered include the ability of the EPA to monitor compliance through enforcement, other federal and state regulatory programs affecting the industry, and the industry’s financial performance, all these comprising modern management and regulatory structures.  Financial responsibility requirements under Section 108(b) do not apply to legacy sites—that is, those where manufacturing is no longer occurring.

The EPA emphasizes that the proposed decision is directed at the entire industry and would not affect the Agency’s authority to take CERCLA response action at an individual site.