As federal health agencies pour all available resources into halting the spread of the coronavirus disease (COVID-19), the EPA has stepped forward with a second proposal governing the Agency’s use of science at the Agency. The action supplements the EPA’s April 2018 proposal, Strengthening Transparency in Regulatory Science. That proposal would ensure that when developing regulations, the EPA would rely on only data that are publicly available in a manner sufficient for independent validation. 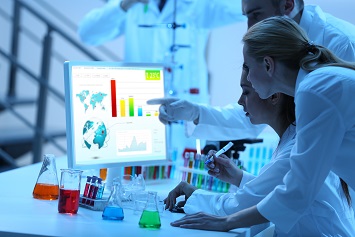 The supplemental proposal modifies the earlier proposal in seven ways. But the most significant proposed change would allow the Agency to give “greater consideration to studies where the underlying data and models are available in a manner sufficient for independent validation.” [emphasis added]

The EPA’s stated intent in the 2018 action was to increase and strengthen the transparency of Agency rulemaking.

“Enhancing the transparency and validity of the scientific information relied upon by EPA strengthens the integrity of EPA’s regulatory actions and its obligation to ensure the Agency is not arbitrary in its conclusions,” the EPA stated. “By better informing the public, the Agency is enhancing the public’s ability to understand and meaningfully participate in the regulatory process.”

The EPA intended to apply the proposed approach to only dose-response data and dose-response models. (A dose-response relationship describes how the likelihood and severity of adverse health effects, or the responses, are related to the amount and condition of exposure to an agent, or the dose provided). The supplemental proposal would also extend the reach of the transparency provision to additional data and models.

The EPA describes the seven parts of its supplemental proposal as follows:

Regarding the housekeeping aspects of the proposal, the EPA emphasizes that the rule would not regulate the conduct or determine the rights of any entity outside the federal government. “Rather, it exclusively pertains to the internal practices of the EPA,” states the Agency.