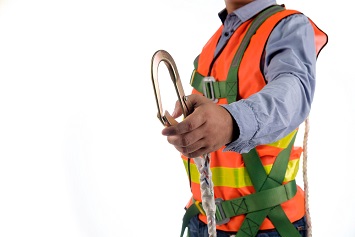 OSHA began an inspection on August 1, 2019, after a CLF Construction employee fell 20 feet (ft) from a residential structure as he performed framing work. The worker was hospitalized and later died.

“Appropriate fall protection could have prevented this tragedy,” OSHA Philadelphia Area Director Theresa Downs said in an agency statement. “Every worker has the right to a safe workplace, and employers will be held accountable when they fail to meet this obligation.”

The agency cited Toll Brothers with a repeat violation of the construction fall protection standard for failing to protect workers at a height of 6 ft or more with a guardrail system, personal fall arrest system, or safety net. The subcontractor’s employees were working at heights ranging from 10 to 20 ft at the Media homebuilding site.

OHSA cited CLF Construction with willful violations of the construction fall protection standard. A willful violation is one in which the employer either knowingly failed to comply with or purposefully disregarded a legal health and safety requirement or acted with plain indifference to employee safety.

Employees were working July 30, 2019, next to and over a basement and open stairway floor hole without covers, guardrails, or personal fall arrest systems, exposing them to fall hazards of approximately 10 ft. Employees were performing framing work on July 31, 2019, at a height of approximately 10 ft above ground level and 20 ft above the basement level, again without required fall protection.

OSHA also cited CLF Construction with a serious violation for failing to establish and maintain an accident prevention program at the Media homebuilding site. CLF Construction should have identified a hazardous condition at the site—working at height—and taken corrective action, according to the agency.

The National Safety Council (NSC) just released some initial findings in its “Work to Zero” research initiative that is examining technological solutions that could eliminate the most prevalent fatal workplace hazards. The NSC found the most promising technologies in fall protection include aerial lifts and platforms, mobile anchor points for attaching fall arrest systems to a roof with weighted anchors without having to penetrate the structure, and self-retracting lines that can automatically stop an abrupt fall.