The Occupational Safety and Health Administration’s (OSHA) Region 3 office announced it would extend enforcement of a national emphasis program (NEP) in three states and the District of Columbia to reduce or eliminate workers’ respirable silica exposures. Emphasis program inspections begin after May 3 in Delaware, Pennsylvania, Washington, D.C., and West Virginia. 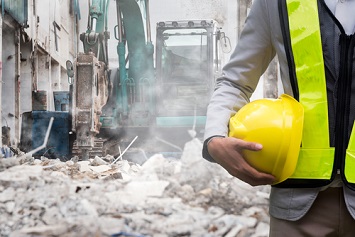 On February 4, OSHA issued a revised National Emphasis Program for enforcement of the construction, general, and maritime industry standards for respirable crystalline silica exposure. On March 18, the Region 3 office announced it would extend the NEP in three states and D.C.

“The goal of this NEP is to reduce or eliminate worker exposure to dangerous silica particles and prevent the risk of workers developing serious silica-related diseases,” OSHA Philadelphia Regional Administrator Michael Rivera said in an agency statement.

Region 3 efforts will focus on enforcement of the two new silica standards—one for the general and maritime industries and one for the construction industry—and will target specific industries expected to have the highest numbers of workers exposed to silica.

All regional and local area offices are required to comply with the NEP but are not required to develop their own regional or local emphasis programs. OSHA Region 3 personnel will conduct compliance assistance activities until May 3, after which inspections under the NEP will begin.

Changes in the revised NEP, which replaced a 2008 Crystalline Silica NEP, include:

The former TWA PELs for respirable quartz silica were calculated based on silica content and were approximately equivalent to 100 µg/m3 for general industry and 250 µg/m3 for construction and shipyards.

Programmed inspections under an emphasis program for priority hazards that are somewhat time intensive and are a high priority are awarded 2 enforcement units (EUs) under the OSHA Weighting System (OWS) issued September 30, 2019.