First observed in 1970, Earth Day is marking its 50th anniversary on April 22, 2020. As a day set aside for reflection on the current state of our planetary environment and how it may be improved by our day-to-day actions, Earth Day is an opportunity for environment, health, and safety (EHS) professionals to consider the direction and impact of their organization’s corporate sustainability initiatives. 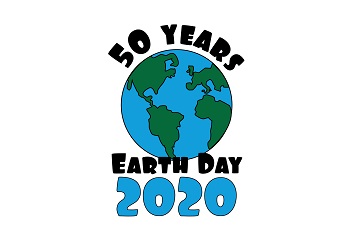 The History of Earth Day

The actions of a great many individuals and organizations resulted in the first Earth Day. The 1960s saw a growing concern with environmental matters—Rachel Carson’s 1962 bestseller Silent Spring drew attention to the ravages of DDT, and disasters such as the 1969 Santa Barbara oil spill captured the public’s attention. At a United Nations Educational, Scientific, and Cultural Organization (UNESCO) Conference in 1969, peace activist John McConnell proposed a day to honor the Earth on March 21, 1970, the first day of spring. Soon afterward, a U.S. Senator from Wisconsin, Gaylord Anton Nelson, hired environmental advocate Denis Hayes to be the National Coordinator for a countrywide environmental teach-in to take place on April 22, 1970. This event was then renamed “Earth Day” by Nelson and Hayes and has been celebrated on April 22 annually ever since.

Thousands of universities, colleges, schools, and communities took part in the first Earth Day celebrations in 1970, encouraging millions of Americans to do their part in promoting environmental reform. While the holiday was primarily centered in the U.S. for the next 20 years, it went international in 1990 when Hayes organized events in 141 countries worldwide. Ever since, Earth Day events have grown in scope, now reaching over a billion people.

The first Earth Day is considered to be the launch of what has become the modern environmental movement, and its influence is expansive. The inaugural 1970 event is credited for inspiring numerous environmental actions and legislation, including:

In the midst of the COVID-19 pandemic, Earth Day 2020 still promises a wide variety of events for the holiday’s golden anniversary, although the focus has shifted to digital mobilization of environmental activism. The theme for 2020 is climate action; learn more about this year’s Earth Day activities at www.earthday.org.

Stewards of the Environment

Over the course of its 50-year history, Earth Day has invited billions of people to recognize their impact on environmental matters and take steps to be better stewards of the planet.

The impact of business on the environment cannot be understated, and EHS managers and professionals are in a unique position to help ensure that their organizations can be positive and responsible presences within their local and global communities. This environmental stewardship must be driven by more than just regulation; it should be integrated into a company’s mission and values.

With the proper tools and solutions, EHS professionals can take their efforts beyond compliance and build a sustainable future for both their organizations and the Earth.