In June 2019, the EPA’s Office of Enforcement and Compliance Assurance announced its six National Compliance Initiatives (NCIs) for fiscal years 2020 through 2023. Before the Trump administration, the Agency referred to this program as its National Enforcement Initiatives. Regardless of the title, the program identifies sectors or types of activities that are in need of heightened enforcement because violations have had particularly hard impacts on human health and the environment. The 2019 announcement included a new initiative: stopping the manufacture, sale, and installation of aftermarket defeat devices for emissions controls on vehicles and engines. 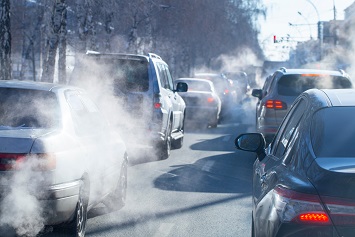 The phenomenon of defeat devices is well known to the American public following the Volkswagen scandal of 2015, which cost the company nearly $30 billion in fines and vehicle buybacks. If the government intended to send a message with that massive penalty, the designation of the violation as a National Compliance Initiative suggests that more needed to be done.

In fact, since 2015 and more recently in the first quarter of 2020, the EPA has indicated that it is aggressively pursuing companies that violate Clean Air Act (CAA) provisions related to defeat devices and tampering with emissions controls. For example, in April 2020, the EPA said it has resolved more than 50 cases specifically addressing companies and individuals who have manufactured and sold both hardware and software specifically designed to defeat required emissions controls on vehicles and engines used on public roads, as well as on nonroad vehicles and engines.

As noted, the NCI focuses on enforcing the CAA prohibitions against the “manufacture, sale, and installation” of defeat devices. In its April announcement, the Agency cited three companies for violating the prohibitions. In one case, an EPA administrative law judge ordered a “major web-based distributor of diesel defeat device products” to pay a $7.058 million penalty for 13,928 violations of the aftermarket defeat device prohibition. Another company was assessed a civil penalty of $52,284 for selling and installing approximately 2,833 delete products for diesel-powered trucks. The relatively low amount of the penalty was calculated based on the company’s “demonstrated inability to pay a higher amount.”

Compliance with this section, as well as its enforcement, has been a challenge over the years, particularly with regard to service stations that work on vehicles with faulty or absent emissions controls or when the vehicle owner requests that the emissions controls be disabled.

The EPA’s authority to enforce against tampering was substantially expanded in the 1990 CAA Amendments. In 1991, the Agency issued a memo that EPA staff still refer to when discussing the tampering prohibition. The memo provides the following general principles: