The EPA has released its Draft Risk Evaluation for Perchloroethylene for public comment and peer review. Perchloroethylene (also known as perc or PCE) is the last of the first 10 or priority chemicals for which the Agency must complete risk evaluations. Under the 2016 amendments to the federal Toxic Substances Control Act (TSCA), all 10 risk evaluations must be completed by June 19, 2020. 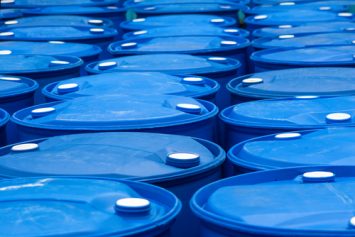 The draft states that the Agency found that certain conditions of use of PCE present unreasonable cancer and noncancer (toxic) risks to workers, occupational nonusers, consumers, and bystanders. Risks to the general population from PCE were not considered because, says the Agency, those risks are addressed by other environmental laws, primarily the Emergency Planning and Community Right-to-Know Act; the Clean Air Act; the Comprehensive Environmental Response, Compensation, and Liability Act; the Safe Drinking Water Act; and the Clean Water Act.

The draft does not include recommendations on mitigating the risks. However, apart from the draft, the Agency does offer suggestions for safe use of PCE for both workers and consumers. Also, after the PCE risk evaluation is complete, TSCA empowers the EPA to manage unreasonable risks through restrictions or even prohibitions on specific conditions of use.

PCE is a highly versatile solvent. It is used in the production of fluorinated compounds, dry cleaning, and vapor degreasing. It is also found in commercial and consumer products such as adhesives (for arts and crafts and light repairs), degreasing aerosols, brake cleaners, aerosol lubricants, sealants, stone polish, stainless steel polish, and wipe cleaners.

The conditions of use included in the draft are manufacturing; processing; distribution in commerce; industrial, commercial, and consumer uses; and disposal. The yearly production volume for PCE, which includes imported volumes, ranged from 388 million to 324 million pounds between 2012 and 2015.

The best known use of PCE is as a commercial dry-cleaning solvent. Current data indicate that 70 percent of dry cleaners still use PCE, although effective, non-PCE alternatives are widely available.

Possible direct links between PCE and cancer have been extensively studied. Currently, the International Agency for Research on Cancer lists PCE as “probably carcinogenic to humans.” In 2012, the EPA itself performed a thorough review of epidemiological data and found that there was a pattern of evidence associating PCE exposure with cancer of the bladder, non-Hodgkin’s lymphoma, and multiple myeloma. More limited data pointed to esophageal, kidney, lung, liver, cervical, and breast cancer. Acute toxicity, neurotoxicity, kidney toxicity, liver toxicity, reproductive/developmental toxicity, immune and hematological effects, and irritation are among the noncancer effects the EPA discusses in the draft.

According to the draft, uses that do not present an unreasonable risk include distribution in commerce; industrial and commercial use of laboratory chemicals; and consumer use as a livestock grooming adhesive.

The EPA will accept public comments on the PCE draft risk evaluation until July 6, 2020. Also, a panel of independent, scientific experts will peer review the draft on May 26–29, 2020, says the Agency.