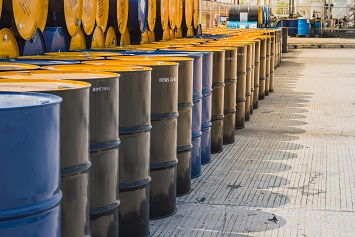 The EPA answered this question in its November 2016 Hazardous Waste Generator Improvements Rule. Specifically, the Agency issued a regulatory option that allows VSQGs and SQGs to retain those statuses when an episodic event within a calendar year temporarily results in the generation of an amount of hazardous waste that exceeds the monthly limits for those categories. The episodic event may be either planned or unplanned, but in either case, the rule requires that the generator meet specific conditions if it wants to retain its status. In addition, the generator may petition the EPA to retain its status if a second episodic event occurs in the same calendar year.

In all cases of RCRA deregulatory actions, such as the episodic event option, bear in mind that states authorized to implement the federal RCRA program are not obligated to adopt federal amendments that are less stringent than the federal baseline program. Always check with your state solid waste office regarding your RCRA responsibilities.

In the improvements rule, the EPA discusses the episodic event provision at length. The Agency writes that it recognized that some instances of hazardous waste generation above and beyond the amount regularly generated in a month are common.

“For example, one such event would be if a VSQG plans a short-term demolition project that generates an additional 500 kilograms of hazardous waste in the calendar month, resulting in the VSQG becoming an SQG for that calendar month,” states the EPA. “However, once the demolition project has been completed, the generator’s waste generation drops such that it again qualifies as a VSQG. Other examples of planned episodic events include tank cleanouts, short-term construction projects, short-term site remediation, equipment maintenance during plant shutdowns, and removal of excess chemical inventories. Unplanned episodic events, which EPA expects would be less frequent, include production process upsets, product recalls, accidental spills, or ‘acts of nature,’ such as a tornado, hurricane, or flood.”

Conditions to Be Met

Under such circumstances, the Agency decided that compelling the VSQG or SQG to comply with additional regulations is not necessary to protect human health and the environment. To benefit from the provision, either the VSQG or the SQG must meet the following conditions:

Petition for a Second Event

A generator may petition the Agency to hold a second episodic event in the same calendar year. The petition must provide information about why the second episodic event is needed; the nature of the event; how the waste will be managed; the length of time needed for management (may not exceed 60 days); and the previous episodic event, including how the generator complied with the mandatory conditions. The event will be permitted only if the EPA approves the petition. Importantly, the EPA will not approve a petition for the same type of episodic event that occurred previously in the same calendar year. In other words, the petition cannot be approved for either a planned or an unplanned event if that event is the same type as the previous event that year. To allow otherwise, says the Agency, would “create an incentive for irresponsible management of hazardous waste.”