Drivers and motor carriers may ask the Federal Motor Carrier Safety Administration (FMCSA) to strike records of “not preventable” crashes from the agency’s statistics. The agency announced its data-correction provisions, the Crash Preventability Determination Program, in the May 6 Federal Register (85 FR 27017). 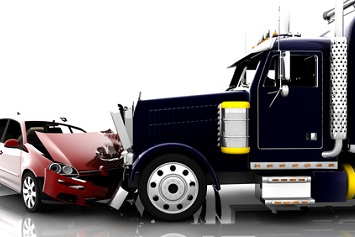 FMCSA uses records of crashes involving commercial motor vehicles (CMVs) along with other safety-performance information in the Behavior Analysis and Safety Improvement Categories (BASICs) of its Safety Measurement System (SMS) to prioritize safety interventions at motor carriers. Data on individual drivers is used in the agency’s Pre-employment Screening Program (PSP).

FMCSA July 27, 2017, announced a demonstration project to evaluate a program for submission of Requests for Data Review through the agency’s national data-correction system, known as DataQs, to exclude accidents from the agency’s SMS that were not preventable.

The agency August 5, 2019, proposed to modify the SMS, formalizing the data-review request process.

The types of crashes eligible for review to determine preventability include:

The Owner Operator Independent Drivers Association (OOIDA) asked for inclusion of rare or unusual crash types, citing a recent crash between a CMV and a skydiver.

FMCSA supported inclusion of the crash type but expects that most crashes submitted under this type will not meet the standard but likely will be common, recurring crash types. In such instances, the Request for Data Review will be found ineligible and the request will be closed.

DataQs will accept Requests for Data Review for eligible crashes occurring on or after August 1, 2019. Submitters must provide a police accident report and also should provide other documents, photos, and videos to present compelling evidence that the crash was not preventable and is eligible for review. FMCSA may request additional documents.

If a request is closed for failure to submit requested documents or the submitter receives a determination that the crash was preventable or undecided, the request may be re-opened once.