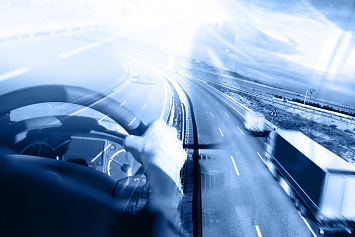 “The Department of Transportation and the Trump Administration listened directly to the concerns of truckers seeking rules that are safer and have more flexibility—and we have acted,” Secretary of Transportation Elaine L. Chao said in an agency statement.

The final rule makes several changes to the hours of service regulations, including:

The rule changes would save the trucking industry $274 million annually, according to Chao.

In 2018, the Owner-Operator Independent Drivers Association (OOIDA) petitioned the FMCSA to amend the hours of service rules to allow drivers to take an off-duty rest break for up to 3 consecutive hours once per 14-hour driving window. The agency requested public comment on four areas of the hours of service regulations: the 30-minute break requirement, adverse driving conditions exception, short-haul operations, and sleeper berth provision. On August 22, 2019, the FMCSA issued a proposed rule.

The FMCSA hosted two listening sessions regarding the proposal in Washington and Dallas, and the agency’s advisory committee reviewed it. The agency received 530 c0mments in support of its proposal. It also received 215 comments opposing the proposed changes.

Opponents stated the proposed rule changes would add confusion in compliance issues, enable companies to abuse drivers, fail to promote safety, and would not address the lack of truck parking and problems associated with “pay to park” schemes.

The FMCSA countered that none of the proposed changes would result in the adverse safety consequences the commenters described. The new rule changes would not allow truck drivers additional driving time beyond the 11-hour limit provided in the existing regulations, according to the agency.

The final rule will become effective 120 days after it appears in the Federal Register.