The U.S. Environmental Protection Agency (EPA) issued a final rule on June 8, 2020, that revises the hazardous waste regulation at 40 CFR 261.21, which addresses how the characteristic of “ignitability” is identified as a hazardous waste under the Resource Conservation and Recovery Act (RCRA). 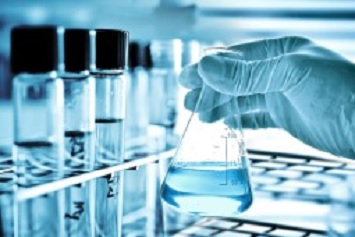 The EPA states that the focus of the revisions is to provide flexibility to use modern testing methods that did not exist when the ignitability rule was first adopted in 1980. The final rule is effective 60 days after publication in the Federal Register.

This regulation affects anyone who conducts testing activities to determine the ignitability of certain wastes and/or uses SW-846 air sampling and certain stack emissions methods. Entities affected can include commercial, EPA, and state laboratories and generators of solid waste that must determine whether their wastes are hazardous. The revised rule lists the North American Industrial Classification System (NAICS) codes of entities that will be affected.

What Is the Ignitability Characteristic?

The hazardous waste rules identify four characteristic properties that indicate that a waste poses a sufficient threat to humans and the environment so as to necessitate regulation as hazardous. The characteristic of ignitability is one of four identified hazardous characteristics, the others being corrosivity, reactivity, and toxicity. RCRA identifies a solid waste as hazardous because of the characteristic of ignitability based on the properties of the waste that give it the potential to cause harm to human health or the environment through direct or indirect fire hazard. Ignitable hazardous waste is regulated to minimize its opportunity to cause or contribute to fires during normal waste management activities, such as storage or disposal. Wastes regulated as ignitable hazardous waste include:

Finalized in 1980, the regulation for determining the ignitability characteristic incorporates by reference American Society for Testing and Materials (ASTM) D 93-79, ASTM D 93-80 (for SW-846 Method 1010A, Pensky-Martens Closed Cup Tester), and ASTM D 3278-78 (for SW-846 Method 1020B, Setaflash Closed Cup Tester) as the required flash point tests for making ignitable liquid hazardous waste determinations. Historically, one of the two flash point test methods must be used when making an ignitability hazardous waste determination for liquid wastes, if generator knowledge is not used.

Changes to the Rule’s Testing Methods

Both of these newer ASTM standards allow for the use of temperature-measuring devices that are either digital or liquid in glass. While these performance-based specifications allow for the use of mercury-containing thermometers, they do not require them. The EPA has noted that many generators and laboratories already have instrumentation capable of modern flash point testing, and therefore, the Agency believes its revisions add the flexibility of using modern test methods and provide the potential for cost savings.

Exclusion for aqueous solutions with less than 24 percent alcohol by volume. The EPA’s final rule codifies in 40 CFR 261.21(a)(1) existing guidance regarding the regulatory exclusion for aqueous liquid wastes containing less than 24 percent alcohol by volume. This revised exclusion from being an ignitable liquid deletes the term “an aqueous solution” and just refers to “a solution” that is (in addition to containing the same quantity of alcohol as in 1980) “at least 50 percent water by weight.” The EPA had proposed defining “alcohol” but did not, as comments during the rule’s proposed period indicated that the proposed definition was more confusing than clarifying.