It seemed like 2020 was going to be the year of a big win for environmental groups in their war against single-use plastic bags. Several states, including New York, California, Maine, and New Jersey, had already enacted or were in the process of enacting bans on the bags. Additionally, bag taxes as much as $1 per bag had been enacted in some states. Federal legislation was also being proposed to restrict the use of plastic grocery bags. 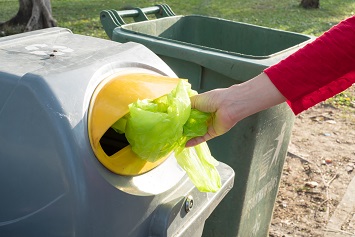 On February 11, 2020, the Break Free from Plastic Pollution Act was introduced by Representative Alan Lowenthal and Senator Tom Udall. The bill was written to “phase out certain single-use plastic products—including plastic carryout bags, plastic utensils and foodware made from polystyrene—nationwide, and protect the ability of state and local governments to implement stricter plastics policies,” according to a news release issued by Oceana. “In an effort to shift the burden of plastic waste to the companies producing it, the legislation would create a nationwide beverage container refund program and require single-use plastic producers to finance and manage waste and recycling programs.”

When COVID-19 hit, the rhetoric changed as plastic industry proponents touted the hygienic benefits of single-use plastic bags and plastic ware. Reusable bags were categorized as “germ-filled” items that would put both shoppers and workers at risk, warned an industry campaign called “Bag the Ban.” Bag the Ban is a project of the American Recyclable Plastic Bag Alliance (ARPBA). The ARPBA represents the U.S. plastic bag manufacturing and recycling industry.

However, at least one study has shown that COVID-19 can live on plastic surfaces for up to 3 days.

While single-use bags may have been down for the count, the pandemic has provided an opportunity for the plastic industry to educate the general public about the safety, environmental, and health benefits of single-use plastic products such as grocery bags.

Mara Hancker, Managing Director of the German Association for Plastics Packaging and Films, noted that “virtually no one wanted to hear about the ecological benefits” of plastics, and the “populist ‘plastic-free’ demand drowned out many factual arguments” until COVID-19 appeared.

Plastic Bags and the Environment

Plastic bags have received an undeserved bad reputation, according to industry sources.

Single-use plastic bags are 100% recyclable, and studies show that 78%–90% of Americans reuse and repurpose these bags. According to Ban the Bag, alternatives to the single-use bags such as cotton bags “actually place a greater burden on the environment because they require more natural resources to produce and transport, they emit more carbon throughout their lifecycles and they need more energy to recycle—if they’re recyclable at all.”

A study by the Ministry of Environment and Food of Denmark in February 2018 found cotton shopping bags must be reused 20,000 times to equal the environmental performance of a single-use plastic bag that is reused only once.

Plastics, or polymers, as this material is known in the industry, are composed of elements such as “carbon, hydrogen, oxygen, nitrogen, chlorine, and sulfur” that have a “high molecular weight, meaning each molecule can have thousands of atoms bound together,” as defined by the American Chemistry Council.

And when you think about it, plastic is everywhere. Vehicles, airplanes, bulletproof vests, computers, cell phones, packaging materials, and so many other products have plastic elements.

Plastic is inexpensive to produce, and it’s long-lasting. Its near indestructibility is both a blessing and a curse. 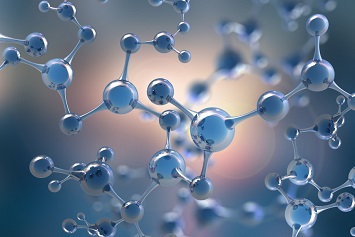 Synthetic polymers are made of long chains of the same molecules. Scientists are experimenting with methods to invent plastics that break down when they are no longer needed. “The real trick is to make them stable when you’re using them, and unstable when you don’t want to use them,” Marc Hillmyer, director of the Center for Sustainable Polymers at the University of Minnesota, said in an article in The New York Times.

Scientists say the key is in using polymers that have been traditionally overlooked due to their unstable nature because the natural behavior of these types of polymers is to remain in tiny molecular states. But scientists have devised methods to link these types of molecules into long chains and trap the resulting polymers. Then these trapped polymers can be “unzipped,” with a trigger to remove the traps. Some of the triggers utilized are lights and acids.

These new polymers would theoretically reduce pollution and could lead to chemical recycling processes rather than the melting and remolding processes currently in place.

“In my view it has great potential, the problem is to make it cheap enough and to make the properties competitive enough to be useful and have market penetration for the consumer,” Hillmyer said.

So far, the science behind unzipping polymers is not inexpensive enough to utilize to replace the most popular plastics used in single-use bags, fishing nets, or single-use bottles. However, this could change if companies take responsibility for reclaiming their products and packaging materials, Hillmyer said.

Although plastic grocery bags are completely recyclable, most recycling centers are not set up to recycle this material, which means the bags that are properly disposed of end up in landfills. They don’t cause much of a problem in landfills because they don’t take up as much space as other waste.

Overall, people are the problem—specifically, people who litter. Because these types of bags are so lightweight, they are easily carried long distances by the wind. Single-use plastic bags are often not disposed of properly and are a very visible sign of pollution, particularly when dead whales wash ashore with several single-use bags in their stomachs.

“In the ocean, turtles often mistake plastic bags for jellyfish and eat them,” said Marcia Anderson in The EPA Blog. “The bags do not pass through the turtles’ digestive system and block their intestines. They die of starvation. Studies on dead turtles have found that more than 50 percent have plastic in their stomachs. Similarly, seabirds, fish and other marine critters also mistake pieces of plastic for food, or become entangled in plastic, leading to exhaustion, starvation and eventual death. And plastic bags are just as much a hazard for wildlife in interior lakes and waterways.”

“If I am going to be honest, I must say it’s been pretty uncomfortable these last six months to a year as we have watched images of plastic strewn over beaches and pictures of sea animals with ingested plastic,” said Patty Long, CEO of the Plastics Industry Association, at last fall’s 2019 Global Plastics Summit. “We see it over and over and over again.”

Oceana, an international advocacy organization dedicated solely to ocean conservation, estimates that 17.6 billion pounds of plastic enters the marine environment every year, which is “ … roughly the equivalent of dumping a garbage truck full of plastic into the oceans every minute. It’s been found in every corner of the world and has turned up in our drinking water, beer, salt, honey and more.”

“In Austin, landfill waste increased after a bag ban because shoppers used and disposed of thicker plastic reusable bags in the place of standard plastic grocery bags,” according to Bag the Ban.

California was the first state to ban single-use plastic bags, with regulations passed in November 2016. Californians Against Waste (CAW), the group who sponsored the bill, reported collecting 65,000 grocery bags scattered near bodies of water in 2010, which is “a number that CAW says decreased by 72% in 2017,” according to an article on ABC News published on February 23, 2020. CAW Executive Director Mark Murray “attributed the decrease to the ban.”

“As important as banning single-use plastic bags is in terms of reducing it as a source, it’s not going to change the world,” Murray said in a National Geographic article. “The main point, frankly, is to communicate to policy makers, the public, and to the industry that we’ve got to do something serious to reduce plastic packaging and if you all can’t figure out how to do it, we’re going to start banning your products one at a time.” 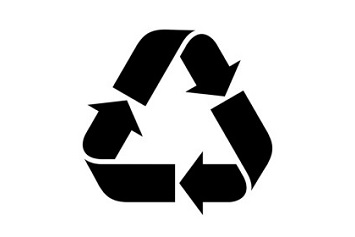 The plastics industry is responding. The industry goal is “for all U.S. plastic packaging to be recyclable or recoverable by 2030 and to be re-used, recycled or recovered by 2040,” according to a press release issued by the American Chemistry Council on June 17, 2020.

The American Chemistry Council believes part of the answer lies in increased recycling. “The most certain way to preserve plastics’ benefits and end waste is to move toward using plastics with greater circularity—that is to find ways to redeploy our plastics resources, after they are initially used, to meet some of society’s greatest needs,” the council said in a press release. “We can achieve this by redesigning plastic packaging for greater efficiency and reuse potential; modernizing our recycling infrastructure through emerging technologies; and adopting new business models that incorporate greater reuse and recycling.

Flexible packaging can take a lesson from polyethylene terephthalate (PET) bottles. This material, used for plastic beverage bottles, has become the industry standard for recyclable plastics. PET, as we know it today, did not arrive overnight. It began as only part of a plastic soda bottle and evolved over a number of years. Every part of the supply chain was involved in achieving this standard, according to an Amcor blog.

Recycling alone will not resolve the issue. “A meager 9% of all plastic waste ever generated has been recycled,” according to Oceana. “Meanwhile, plastic production is projected to quadruple between 2014 and 2050, far outpacing recycling and resulting in more plastic in our oceans.”

The EPA’s position on dealing with plastic waste has been to prevent waste from the start by reducing waste at its source. It encourages consumers to reduce the number of bags they take and to reuse and recycle the single-use grocery bags they do utilize. “The Agency promotes sustainable materials management (SMM), a holistic, systemic approach to using and reusing materials more productively throughout the life cycle of products and services in the U.S. economy,” the agency said in a statement.

Many organizations and industries agree it will take more than recycling to resolve the issues, particularly when it continues to be a cheaper option to produce new plastic packaging material than it is to recycle old materials.

Groups such as New Plastics Economy advocate for a three-step approach:

New Plastics Economy is a project spearheaded by the Ellen MacArthur Foundation with support from the UN Environmental Programme. This global initiative is gaining momentum in uniting businesses, governments, nonprofits, conservation groups, and others. To date, according to the program’s website, more than 850 organizations have joined the 4-year-old program. Its partners include big corporate names such as The Coca-Cola Company, Danone, Nestlé, Oak Foundation, PepsiCo, Unilever, and Walmart.

Current recycling programs are ineffective and underfunded, meaning there’s no way to stop the billions of tons of plastic waste currently headed to landfills and out to pollute the environment, said Dewey Johnson, an IHS Markit vice president. “The solution isn’t going to happen overnight,” Johnson said. “The solution is going to happen over decades.” The industry must work to “maintain trust along the ride.”