On July 22, 2020, the EPA proposed the first greenhouse gas (GHG) emissions standards for new commercial aircraft that will apply to all large passenger jets. 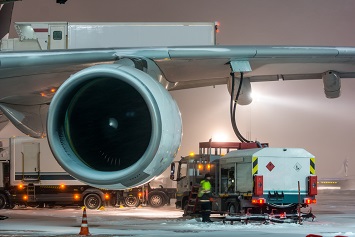 “These proposed standards would match the international airplane carbon dioxide (CO2) standards adopted by the International Civil Aviation Organization (ICAO) in 2017,” according to the Agency. “This proposed action, if finalized, would implement EPA’s authority under the Clean Air Act and would maintain the worldwide acceptance of U.S. manufactured airplanes and airplane engines.”

In 1960, airline traffic was estimated at 100 million passengers, according to the Environmental and Energy Study Institute (EESI), a nonprofit organization dedicated to promoting sustainable societies. That number had increased to 4 billion annual airline passengers by 2017.

“While our collective use of automobiles, our production of electricity, and the industrial and agricultural sectors each exceed the climate change impact of commercial aviation, passenger air travel is producing the highest and fastest growth of individual emissions, despite a significant improvement in efficiency of aircraft and flight operations over the last 60 years,” according to the EESI.

“If the aviation industry were a country, it would place sixth in emissions, between Japan and Germany,” according to the Center for Biological Diversity. “Emissions from domestic aviation alone have increased 17% since 1990, to account for 9% of greenhouse gas emissions from the U.S. transportation sector.”

The Center has litigated against the EPA over aircraft emissions under the Clean Air Act for more than a decade.

In 2016, even the EPA conceded that “GHG emissions from certain classes of engines used in aircraft contribute to the air pollution that causes climate change endangering public health and welfare.”

Meanwhile, global commercial airline CO2 emissions have continued to increase, growing from 710 million in 2013 to 860 million tons in 2017, which is a 21% increase over a 4-year timespan, according to the Center for Biological Diversity.

When the EPA’s 2016 findings concluded certain types of commercial airline engines contribute to air pollution, it triggered requirements for the EPA to propose standards to address the GHG emissions.

The recently proposed standards follow through on that requirement, according to the Agency.

“The proposed standards would address subsonic jet aircraft with a maximum takeoff mass (MTOM) greater than 5,700 kilograms and subsonic propeller driven airplanes (e.g., turboprops) with a MTOM greater than 8,618 kilograms,” according to the EPA’s Regulatory Announcement. “Examples include larger business jets such as the Cessna Citation CJ3+, the larger commercial jet aircraft—the Boeing 777 and the Boeing 787, and larger civil turboprop airplanes such as the ATR 72 and the Viking Q400. These are same types of airplanes covered by the international aircraft CO2 standard.”

Once the proposed rule is published in the Federal Register, the EPA will accept public comments for 60 days after publication.