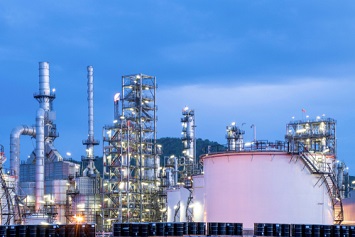 On August 25, 2020, the Louisiana Department of Environmental Quality (LDEQ) issued a Declaration of Emergency and Administrative Order (DEAO) in advance of Laura’s predicted landfall on Thursday, August 27, 2020. The order declared a state of emergency that provided instructions to various environmental permitholders, including wastewater treatment systems, solid waste management, hazardous waste, open burning, and air pollution sources other than open burning. The DEAO allows previously permitted stationary air pollution sources to make “minor repairs” to restore the facility to previously permitted conditions before an emergency weather event without prior notice to the LDEQ.

In advance of Laura, “Oil and gas facilities that the U.S. Department of Energy says account for 13% of U.S. refinery capacity shut down as a precaution along an industrialized roughly 60-mile stretch from Port Arthur, Texas, to Lake Charles, Louisiana,” according to ksat.com. Those locations included chemical plants, refineries, and plastics manufacturing facilities.

Part of the safety measures for shutdowns requires a process known as “flaring” to burn off chemicals and fuels that cannot remain in the pipes during a shutdown. Flaring releases additional pollutants into the air.

In advance of every hurricane, the refineries and other permitted stationary air pollution emissions facilities go into shutdown mode and eventually restart, which results in emissions “of up to millions of pounds of additional cancer-causing soot, heavy metals and other hazards from refinery smokestacks,” according to ksat.com. Pollutants released typically include substances such as nitrogen oxides and chemicals including benzene, carbon dioxide, and chlorine.

In Louisiana, air pollution levels immediately following Hurricane Laura were exacerbated due to a fire at a plant that produced swimming pool chemicals.

There appears to be little to no information available about current air pollution levels in the wake of Hurricane Laura, as several air monitors remain offline.

“I’m hoping that there isn’t a repeat of Hurricane Harvey,” Juan Declet-Barreto, a geographer at the Union of Concerned Scientists, told NPR.

“In 2017 after Harvey, flooded petrochemical facilities released enormous amounts of pollution,” according to The Weather Channel. “For days after the storm, public health officials had no reliable air monitor information. The Environmental Protection Agency inspector general later said state and local authorities failed to adequately monitor air quality during the hurricane and failed to communicate risks effectively with residents.”

After Hurricane Harvey, it was widely reported that there was confirmation of more than 100 toxic spills that took months to report to the public.

According to Gregory Langley, an LDEQ spokesperson, the air monitors were not shut down but were knocked out during the hurricane. “There are five monitors in Calcasieu Parish and three in northwest Louisiana that lost power as a result of the storm,” he said, according to npr.com. “We are in the process of inspecting those monitors and getting power restored as soon as possible so we can bring them back online.”

“For many people, this is reliving all the horrors and the trauma of past hurricanes in the Gulf,” Declet-Barreto says.

The coronavirus pandemic adds to the public’s concern about extra air pollutants, according to npr.com.

“Many people in the city of Port Arthur already suffer with preexisting conditions like hypertension, chronic asthma, bronchitis, COPD, liver and kidney disease,” meaning they are susceptible to the more severe health impacts from COVID-19, says Hilton Kelley, the director of the environmental group Community In-Power and Development Association in Port Arthur, Texas. “So, in our particular area we are very concerned about these toxic fumes from the refineries and about COVID.”